Which is the Superior Christmas Flick: Die Hard or Lethal Weapon? 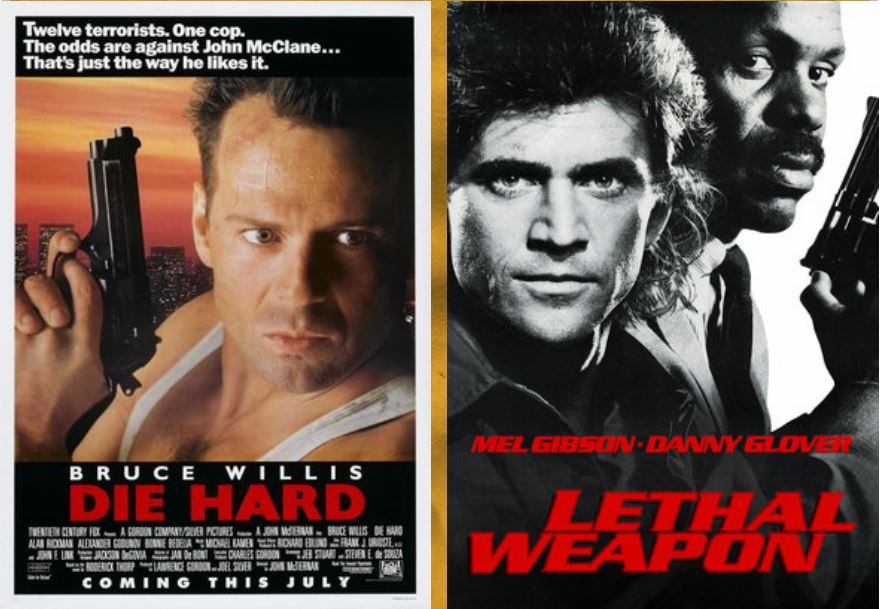 Both came out within a year of each other, both feature police officers (one with an unforgettable duo and the other with a menacing loner), both take place during Christmas time, both are full of clever one-liners and spawned a number of sequels, and both are solid action films on their own merit. Which do you like to watch at Christmas?

Most online polls always put Die Hard at the top of the list, but Cinemablend previously tackled this ongoing debate, arguing that the better Christmas movie is Lethal Weapon.

Comparisons between Lethal Weapon and Die Hard have persisted for decades — mostly because of the shared IMDB DNA between them. Between the presence of producer Joel Silver behind the scenes, the inclusion of actors like Mary Ellen Trainor, Al Leong, and Grand L. Bush, and the fact that both are Los Angeles-based Christmas cop movies that released only one year apart, it’s easy to lump them into similar categories. Both movies are absolute classics, and there’s even a case to be made that Die Hard is a technically and structurally superior film (though this writer still prefers Lethal Weapon on an entertainment level). However, in terms of echoing themes and ideas that have become synonymous with the holiday season, Lethal Weapon is the better film (not to mention one of the greatest action franchises of all time). 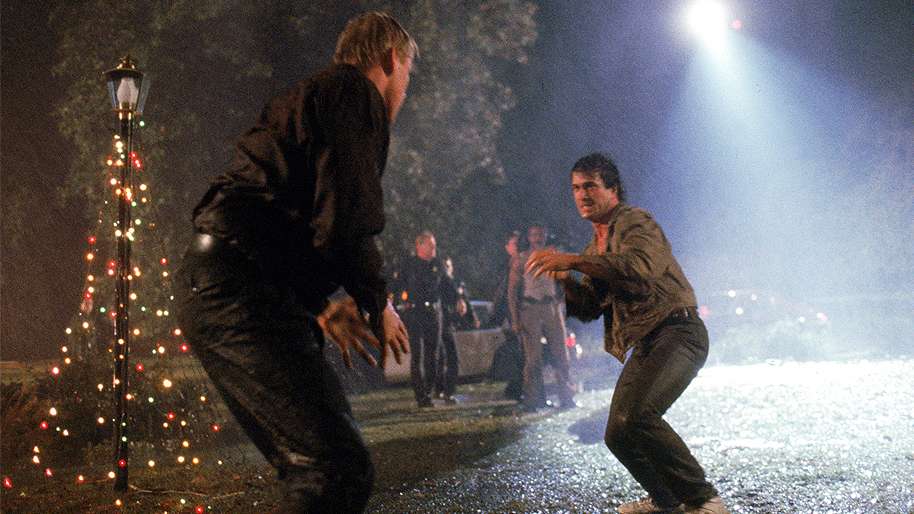 This all boils down to where we find Mel Gibson’s Martin Riggs at the beginning of the movie. It’s the Christmas season; he’s all alone in the wake of his wife’s recent death in a car accident (which Lethal Weapon 2 will flesh out two years later), and he’s ready to put a gun in his mouth to put an end to his pain — until a Bugs Bunny holiday special on his TV punctuates the tension and convinces him to go on for one more day. Though we only see one scene like this, it’s clear that this has become a regular occurrence for Riggs; he even has a special, hollow-point bullet that he plans to use for the occasion.

Amid all of the action, explosions, murdered prostitutes, and heroin-smuggling special forces operatives, Lethal Weapon is all about a lonely and depressed man who finds a sense of belonging in the arms of an adopted new family just in time for Christmas. It’s no mistake that the film ends with Roger inviting Riggs (and his dog, Sam) into the house to share Christmas dinner with his family. Riggs now has a reason to live, and it’s a Christmas miracle.

On the other hand, Die Hard uses numerous Christmas motifs and references (“Now I have a machine gun. Ho Ho Ho.”) throughout its story, but very few of them feel specifically linked to the message of the film. The use of Christmas Eve as a backdrop helps create a ticking clock and a sense of urgency when the time comes to shut the power down on an entire city grid, but very little of John McClane’s arc as a character feels tied to Christmas itself. In that regard, Christmas feels more like an aesthetic choice for Die Hard than an actual narrative device.

Polls have attempted to settle the perennial debate. Bruce Willis even weighed in, declaring that “Die Hard is not a Christmas movie. It’s a goddamn Bruce Willis movie!” at his Comedy Central roast. But a recent trailer remix declares it is “the greatest Christmas movie ever told!”

With only 12 days until #Christmas , it’s time for the annual Best Christmas Movie poll.

Wrong answers only in the replies…

Looks like we have a clear winner in the online polls. But why did nobody pick Rocky IV? Or Hardware??

Now we are getting some rumbling about either this sequel, or this film being the perfect Christmas movie…