What Happens When the MCU Runs Out of A, B & C-Listers?

by Ace of Spades
|

So far, of course, Marvel Studios has been very, very profitable. Kevin Feige has been a very cool hand at the wheel, unlike Kathleen Kennedy at LucasFilm.

But there’s a problem coming for Marvel Studios: It has run out of even B and C list characters to exploit, and as its current actors become too expensive, too old, or no longer interested in doing these movies, it will either have to recast them or replace them.

Recasting them may work. Bruce Banner has been played by three different actors and no one seems to care. Peter Parker too.

But some actors seem irreplaceable, like Robert Downey, Jr. 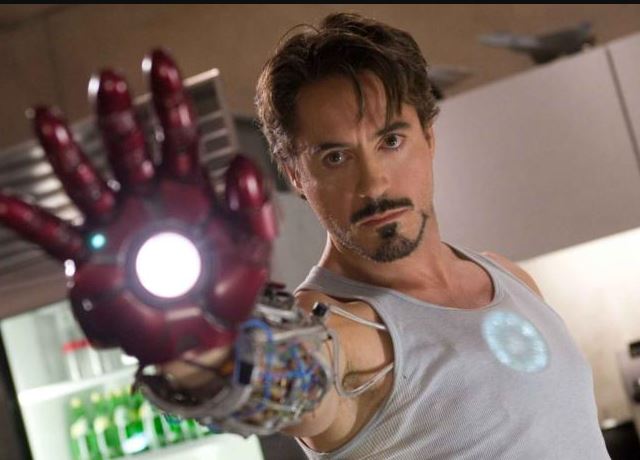 And the problem is, Kevin Feige doesn’t seem to be talking about recasting the major players.

Instead, he seems to be talking about what Marvel Comics did, and replacing the characters with race-and-gender-swapped new characters who just wear the same costume as the old, beloved characters, but who have no purchase in the public imagination.

It has been suspected by some that the whole SJW Replacement of iconic Marvel Comics characters was done at the request of Disney/Marvel Studios, anticipating the exit of Robert Downey, Jr., Chris Evans, etc., and wanting substitute characters established ahead of time to replace them with, ready to go the moment the current actors’ contracts expired.

In this video, Yellow Flash looks at Feige’s answers at a Producers Guild conference and thinks his answers, while not definitive, indicate that Feige intends the Replacement Character route (or is being ordered to go down this path by SJW Disney).

“Different incarnations of the characters you know/Introducing completely new characters you’ve never heard of before (unless you’re a comics fan)” sure seems to indicate that they’ll be replacing Captain America with the Falcon (which wouldn’t be that bad), Iron Man with “Ironheart” (a teenaged black girl), the Hulk with so-called “Bro Hulk” (an Asian guy who is totally awesome, dude!), Thor with Lady Thor, etc.

He could mean digging down to the absolute D-list as well — I mean, they’re pushing the happy-to-make-the-D-list Captain Marvel as their new leader of the Avengers — and pushing nobodies like Nova and Adam Warlock.

Or Man-Thing. Or Werewolf By Night. Or Son of Satan.

I guess they could reboot Blade and Ghost Rider but… eh.

We’ve seen all that already.

I think there is a limit to how far down Marvel can go down into its D- and F-lists before its movies become only semi-profitable, or until they have a Solo-like disaster.

Well, first of all, that might not happen. Comcast has entered a bidding war for Fox, so the rights to those characters might wind up remaining out of Disney’s reach.

And besides that: The last few X-Men movies have been lame. The upcoming one, about the Dark Phoenix (again!?!), is rumored to be a troubled film needing a lot of reshoots and script tweaking.

Are people really dying to see more X-Men movies after so many duds? Do we need a new Wolverine pining hopelessly after a new Jean Gray?

How many times can we see the same characters in the same situations?

And hasn’t the X-Men franchise itself has run out of A-listers to exploit? True, we haven’t seen much of Gambit or Nightcrawler, nor Rogue with her full power-set, but whether they’re really “A-list” is open for debate, and besides, we have seen them. Just not much of them.

As for the Fantastic Four: There have been three Fantastic Four movies and none of them have been box office champs. One of them, the most recent, was a disaster. Even assuming Marvel Studios can do a better job handling its founding family – do people really care to sit through a third reboot and, assumedly, third origin story and third Doctor Doom plot?

Anyway, Disney may be facing tougher times ahead, and I couldn’t be happier about that.

When all this is over, I’d like Disney to stand as a cautionary tale about injecting SJW politics into movies, TV shows, childrens’ cartoons, and sports coverage.

When you position yourself as a de facto political organization, you should be treated as such.

PS: Captain Marvel seems like it just might be a Social Justice Warrior bonanza. I have high hopes that it will be the first Solo-like dud of the MCU.

Originally published in its entirety Ace of Spades blog here (but be warned, if you comment on any older posts on their message boards, your account may get blocked. It’s a glitch they haven’t been able to overcome.)