What Do Avengers Eat? 5 Meals Featured in the MCU When listing all the wonderful moments in the Marvel Cinematic Universe, scenes involving food are not likely to be the first thing on your mind. But there have been some iconic food scenes in the MCU over the years. And in this article, we will look at some of the more memorable ones that have made their way into pop culture.

Let’s begin this list by tracing back to the inception of this worldwide phenomenon. The first Iron Man movie (simply titled “Iron Man”) kick-started the entire MCU and it did so with a bang. Easily on the best entries in the franchise, Iron Man has some of the more recognizable moments in cinema.  And there is one particular scene revolving around American cheeseburgers and a very hungry Tony Stark. 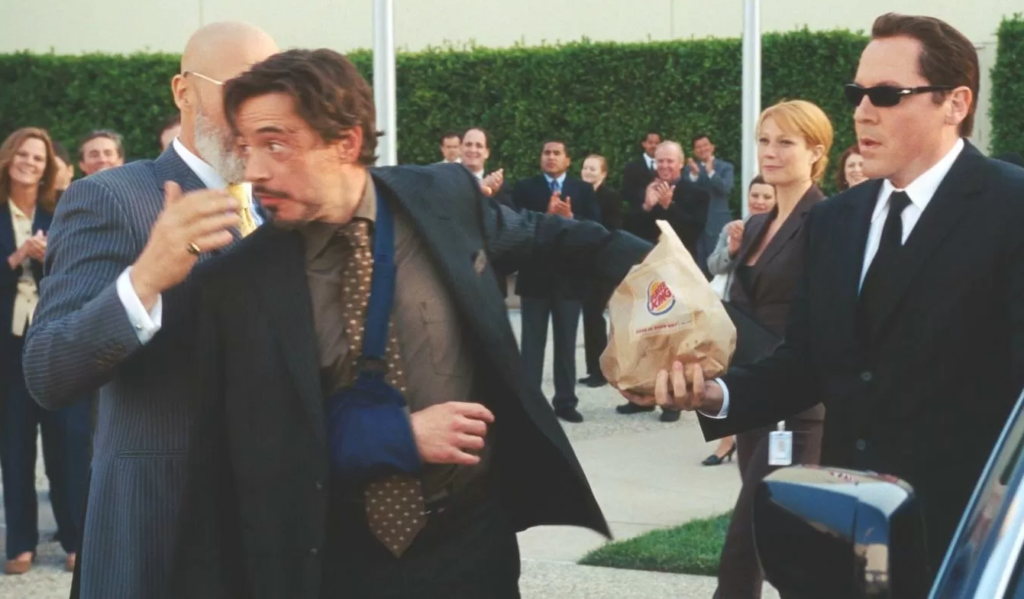 In the scene, Tony Stark, played by actor Robert Downey Jr., has just returned to his homeland after months of captivity. And in typical Stark fashion, he ignores health and safety protocols (refuses to visit a hospital or be carried by a stretcher) and instead demands an American cheeseburger.

A couple of scenes later, we can see Tony receiving his desired cheeseburger from the renowned fast-food chain Burger King. Tony actually eats two burgers, one immediately after getting the package and another in the conference room.

Now, cheeseburgers have been a staple of the fast-food industry for as long as fast food has been popular. It is essentially a hamburger with a slice of cheese on top. If you want to make one yourself, make sure that the cheese is added right before the patty is taken off the grill. That way, the cheese will melt and spread over the meat. 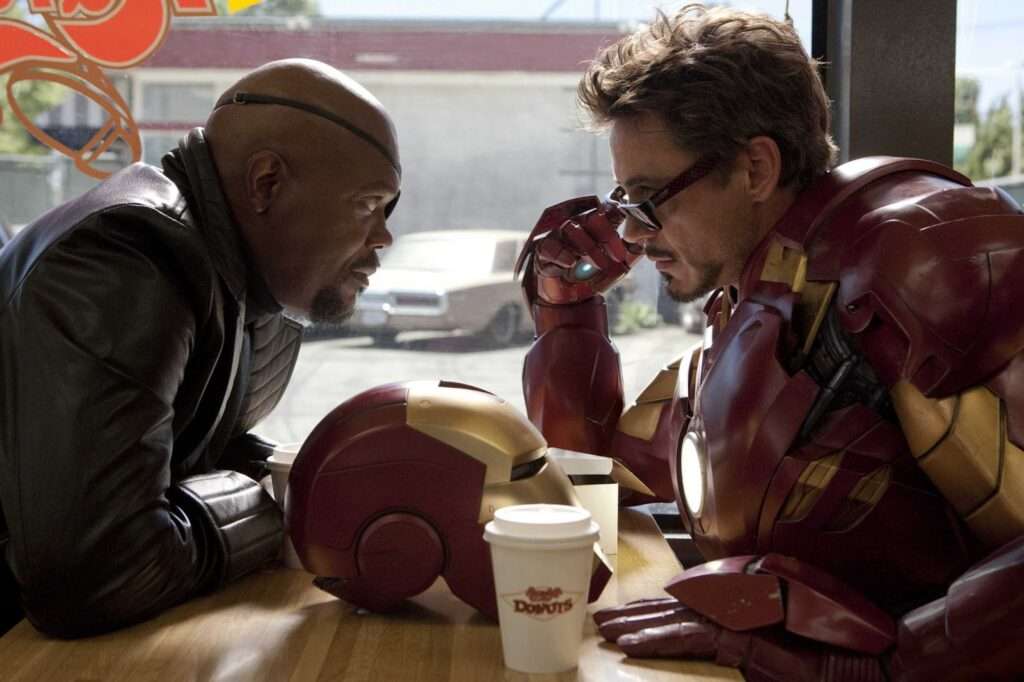 Now we move away from traditional dishes and back to a more commercial environment. This also continues Tony Stark’s love affair with various food scenes in the MCU.

In the second installment of Iron Man, a conflicted and confused Tony Stark tries to run away from his problems. As a means to appease his mind (and his belly), Stark is seen munching on a whole box of Randy’s donuts. He actually sits inside the iconic Donut structure.

Randy’s donut is probably equal parts famous for its products and architecture. The giant donut on top of the establishment is as recognizable as it is enticing. They have an extensive catalog of confectionaries ready to delight your sweet buds (and probably horrify your dentist).

All of these donuts or cakes are fried dough that is glazed and served with various toppings like chocolate, honey, sprinkles, jelly, etc. 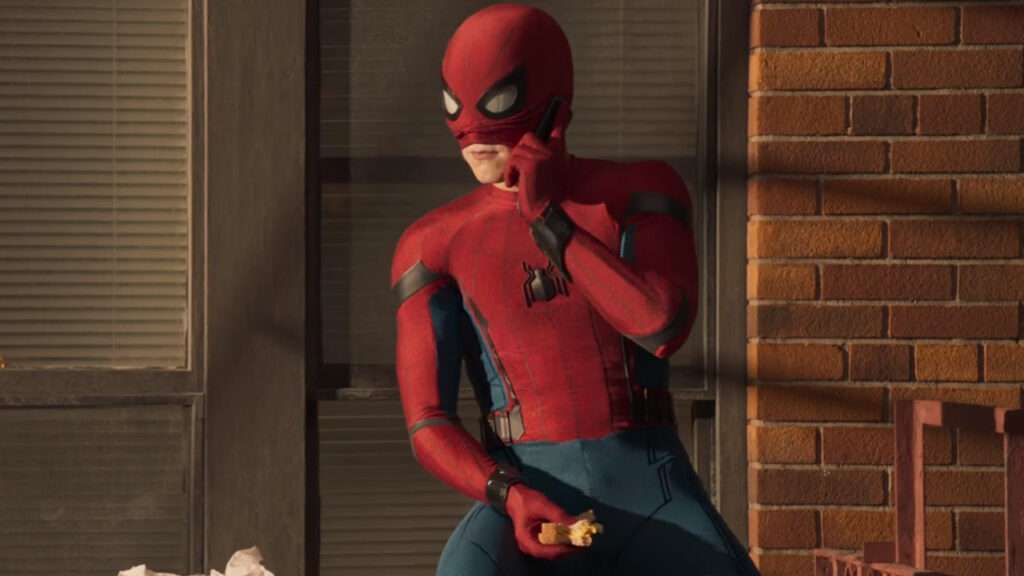 Now we have a relatively recent entry in the list. Appearing in the hit movie Spider-Man: Homecoming, larb is one of the more exotic dishes to feature in a Marvel movie.

In the film, Peter Parker (aka Spider-Man) is in a fictional Thai restaurant in New York. Aunt May comments that Peter had hardly touched his food, noting that he loves this particular dish. The dish in question is one of the national dishes of Laos, called larb.

Larb is a type of salad, with meat being the key ingredient. The meat is usually made from chicken, beef, pork, or even fish and it can be served both cooked or raw. Mint and other herbs are prominent features in the dish are pieces of vegetables. Many places serve their larb dish with sticky rice.

After the first Iron Man, the next critical moment in the MCU was the first Avengers movie. Released in 2012, this movie brought the core superheroes of Marvel together for the first time on the big screen, and it was a massive success.

The movie is probably most remembered for its epic battle of New York, which serves as the climax of the showpiece. But after the dust had settled, there was a small yet effective moment of levity. And once again, it resulted from the trademark unpredictability that is Tony Stark’s character.

During the battle, Tony crash-landed in front of a shawarma place. After valiantly fighting the invading troops, Tony was passed out on the streets. When he gained consciousness, he immediately recalled the little shop and invited the other members to try out shawarma, having never tried the dish before.

The main component of shawarma is thin cuts of seasoned chicken, lamb, beef, etc. Various spices and sauces are added in different recipes. Typically, it is served inside a sandwich or a wrap made out of flatbread. The nature of the bread and the ingredients inside can vary significantly across regions.

If you are looking to try Levantine cuisine, shawarma is one of the most delicious choices out there. 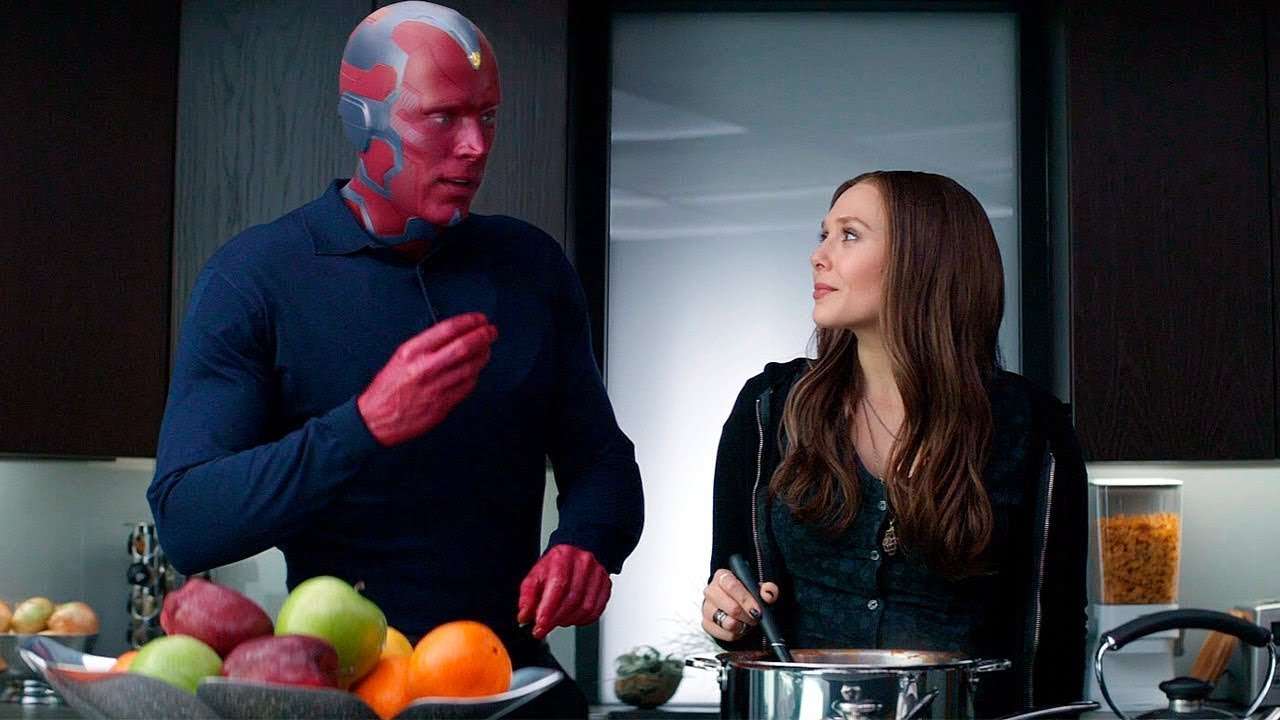 Continuing our adventure of various cuisines from around the world, next we land in Hungary with chicken paprikash. Amid all the chaos and drama that happens in Captain America: Civil War, there is a quiet little scene that focuses on two often sidetracked characters.

In this scene, Wanda Maximoff walks in on Vision cooking in the kitchen. When asked about it, Vision replied that he was in the process of making chicken paprikash. But, he was faced with a quandary; to add more paprikash or not to?

Well, given the name of the dish, this may seem like a silly question. Because this Hungarian dish derives its name from the use of that particular spice: paprika. Paprika is widely utilized in Hungarian cuisine and chicken paprikash is one of the most popular incarnations.

Traditionally, the dish is made from cooking chicken in butter, along with onion and butter. Then you serve it with a bit of sour cream or gravy. You can also serve it with “nokedli”, which is a dumpling-like boiled egg noodle.

So, if you are in the mood to treat your palate to something different, try out these fantastic and varied selections of edibles that are sure to delight and satisfy your stomach.

I'm interested in all things martial arts, combat sports, comics, and geek stuff. Odd combination, I know. :) You can follow me on Twitter: https://twitter.com/ArtsWay or check some articles I wrote at wayofmartialarts.com.