by Jamison Ashley
|
The reviews for the Zack Snyder/Joss Whedon mash-up from DC Comics are in, and they ain’t pretty. In fact, the consensus at RottenTomatoes.com is “Justice League leaps over a number of DC movies, but its single bound isn’t enough to shed the murky aesthetic, thin characters, and chaotic action that continue to dog the franchise.”

The movie review aggregate website has the Warner Bros. film currently rated ‘ROTTEN’ at 37% with over 195 reviews in. On the bright side, the audience rating is at 86% “Liked It”.  So it may be a situation where the audience for this kind of movie is out there, but as for wide acceptance, we may have another Suicide Squad on our hands, although, to be fair, Suicide Squad DID win an Oscar. Here’s just a sampling of the reviews so far.

It’s just a pity they couldn’t have consciously worked together to create a cohesive, coherent vision that merged their sensibilities thoroughly, instead of this back-and-forth tug of war that seems to be perpetually checking in with the audience: “Is this what you want? How about this instead?”

In the end, though, there is something ponderous and cumbersome about Justice League; the great revelation is very laborious and solemn and the tiresome post-credits sting is a microcosm of the film’s disappointment. Some rough justice is needed with the casting of this franchise.

Instead, it feels like a sheepish feature-length retraction of the franchise to date. It’s consistently embarrassing to watch, and features plot holes so yawningly vast they have a kind of Grand Canyon-like splendour: part of you wants to hang around to see what they look like at sunset.

The film is the definition of an adequate high-spirited studio lark: no more, no less. If fans get excited about it, that may mostly be because they’re excited about getting excited. Yet the movie is no cheat. It’s a tasty franchise delivery system that kicks a certain series back into gear.

The barebones story that we get lacks stakes because we don’t really know most of these characters and Steppenwolf suuuuuucks. I was expecting Steppenwolf to be dull and easily disposable, but I didn’t think he would be this atrocious. I assume he’s CGI because no actor in their right mind would play such a forgettable antagonist[.] … D+

Fatigue, repetition and a laborious approach to exposition are the keynotes of this affair, which is also notable for how Ben Affleck, donning the bat suit for the second time, looks like he’d rather be almost anywhere else but here[.]

Affleck looks like the highest-paid captive in a hostage video.

After a year filled with critically acclaimed super-hero fare like Logan from FOX and Thor: Ragnarok from Marvel Studios / Disney, it seems like DC / Warner Bros. may have tried to do too much, too soon, and once again failed to launch a well-received, successful franchise. The film is in wide release now. Let’s see how it does at the box-office. 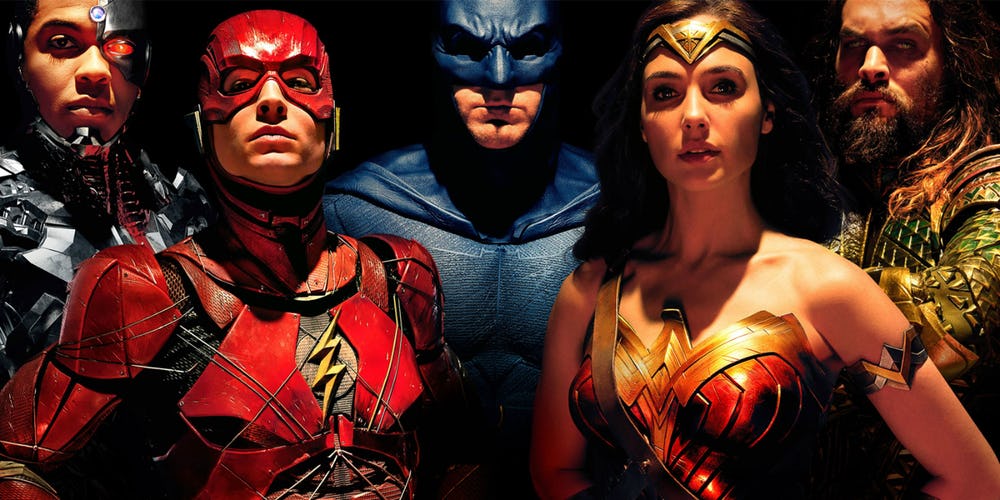