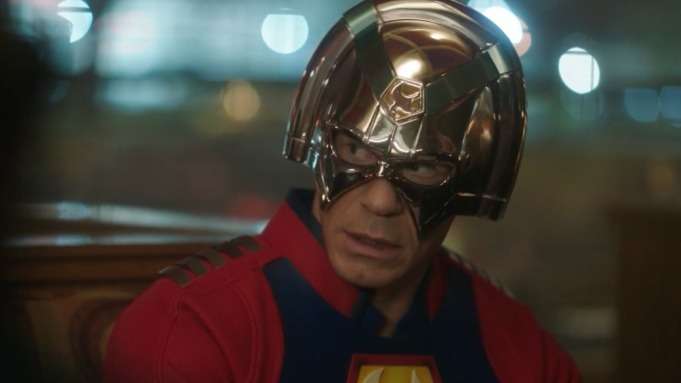 WarnerMedia has unveiled a sneak peak of Peacemaker – its new superhero series starring actor and wrestler John Cena – during a virtual launch event for the HBO Max streaming platform in Europe.

In the clip, Cena – who was last seen lying prone in a hospital bed at the end of James Gunn’s The Suicide Squad – once again dons his superhero suit and helmet to meet Amanda Waller’s team at a cafe, complete with his bald eagle “Eagley” in the back seat of his car.

As he turns up, the team – comprised of Steve Agee, Danielle Brooks, Jennifer Holland and Chukwudi Iwuji – denigrate the polarizing hero’s outfit, with Agee (who plays John Economos) asking, “Did this dipshit really show up in full cosplay mode?”

Gunn, who created the spin-off show, has written the series and directed multiple episodes, including the pilot. So far HBO Max has ordered eight episodes of the show. Peter Safran is producing.