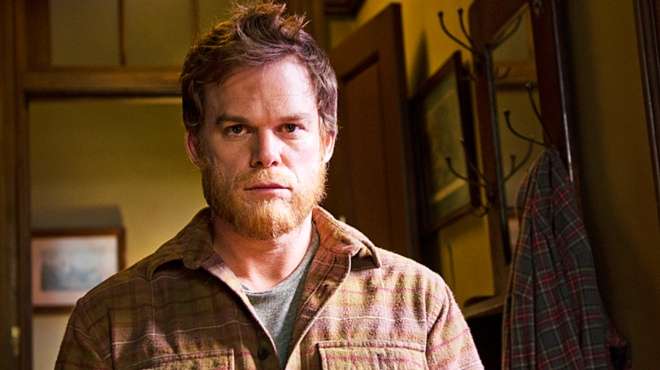 Nearly a decade since everyone’s favorite serial killer moved away and became a logger in 2013, Showtime’s Dexter is back—at Comic-Con@Home, at least. The show’s big return to Comic-Con featured Michael C. Hall, series showrunner from seasons 1-4, Clyde Phillips, executive producers Marcos Siega and Scott Reynolds, and Julia Jones, who will make her debut in the limited series as Dexter’s love interest Angela Bishop.

The panelists discussed where fans will find Dexter, a former Miami Metro Police Department forensic technician who moonlights as a notorious serial killer, when the next 10 episodes premiere on Nov. 7 at 9 p.m. ET/PT.

“It was important that this not be Dexter season 9,” Phillips stated. We wanted to acknowledge that nearly 10 years have passed and we pick up with Dexter being in another place far away from Miami.”

The limited series revival was announced by Showtime in October with Phillips and Hall onboard. It was later revealed both Jennifer Carpenter and John Lithgow would also appear even though their characters Debra Morgan and Arthur Mitchell (The Trinity Killer) died in the original.