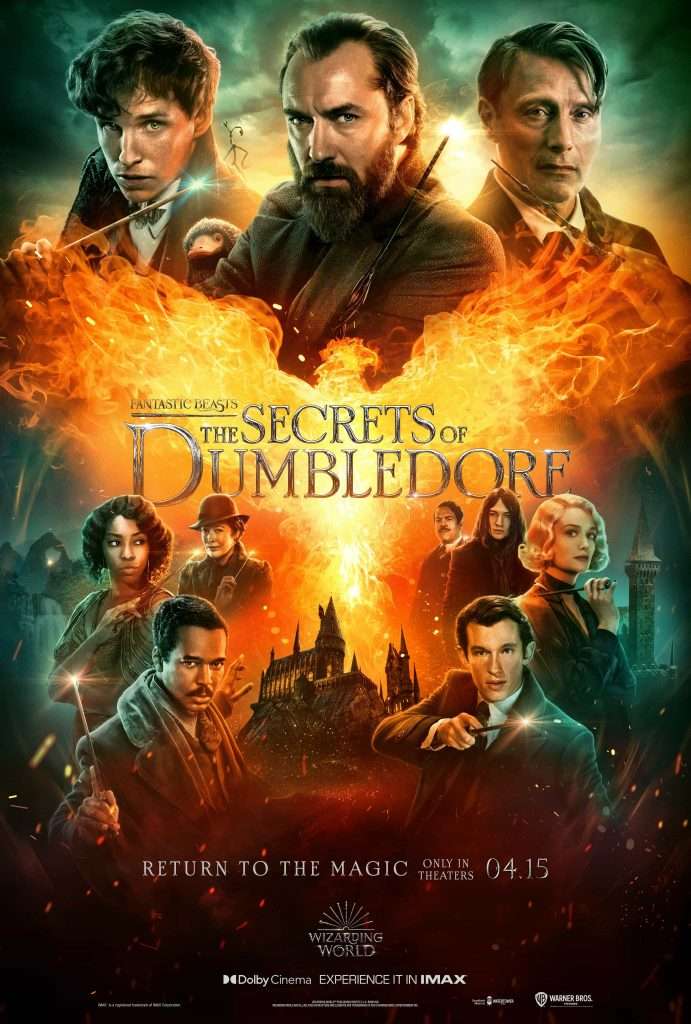 Another glimpse at Fantastic Beasts: The Secrets of Dumbledore has arrived, THR reports.

In the new trailer that debuted this morning, Warner Bros.’ continues to tease a return to Hogwarts and a takedown of Gellert Grindelwald (played by Mads Mikkelsen, who takes over the role from Johnny Depp), who is considered to be among the most powerful and dangerous Dark Wizards, as he continues to wreak havoc in his attempts to seize control of the wizarding world.

The only one able to stop him is his former friend Professor Albus Dumbledore (Jude Law); however, due to a blood pact the pair made years ago to never fight each other, Dumbledore joins forces with Magizoologist Newt Scamander (Eddie Redmayne) to lead a team of wizards, witches and muggle (Dan Fogler) as they clash with a legion of Grindelwald followers. Meanwhile, danger also lurks with Credence Barebone (Ezra Miller), whose real identity was claimed by Grindelwald in the franchise’s second installment to be Aurelius Dumbledore.

In the trailer for the upcoming film, which will detail the untold backstory of Dumbledore for the first time, familiar Harry Potter locations are revisited including the Room of Requirement, Hogsmeade and The Great Hall.

Secrets of Dumbledore  will debut in theaters globally on April 15, 2022.