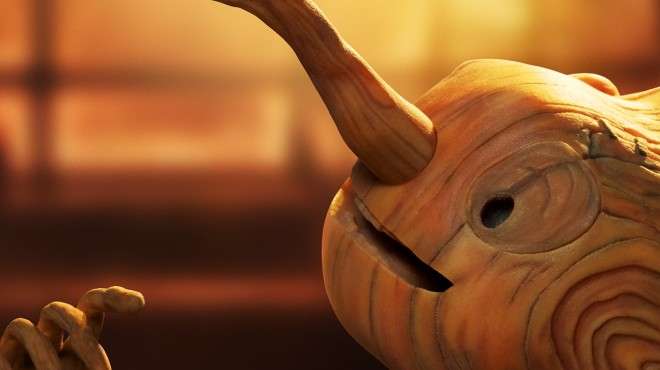 The teaser for del Toro’s richly crafted stop-motion reimagining of Carlo Collodi’s 1883 novel opens with narration by Cricket (Ewan McGregor). “From my many wandering on this Earth, I had so much to say about imperfect fathers and imperfect sons, and about loss and love,” he says.

The teaser includes Geppetto (voiced by David Bradley) as he carves his wooden boy (Gregory Mann), and glimpses of characters including the Fairy (Tilda Swinton) and Sprezzatura (Cate Blanchett).

Says Cricket, this is “a story you may think you know, but you don’t.”

Guillermo del Toro’s Pinocchio is slated for a limited theatrical release in November in advance of its December debut on Netflix. A competing adaptation, from Robert Zemeckis and Tom Hanks, arrives on Disney+ in September.