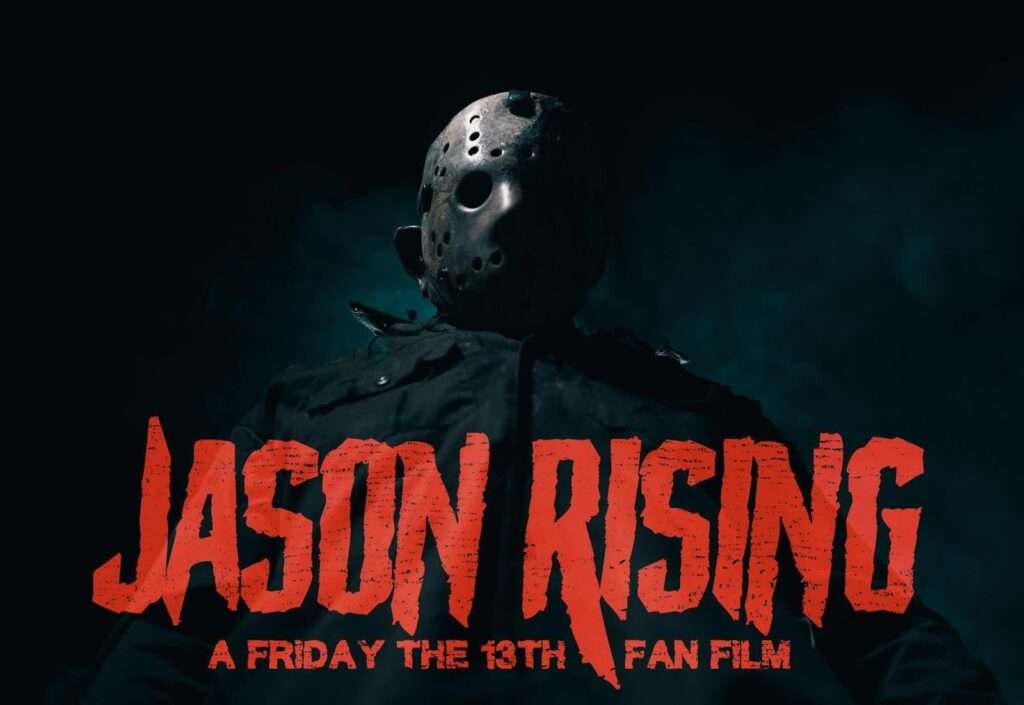 Jason Voorhees is back in Jason Rising, a new Friday the 13th fan film. Directed by James Sweet, the hour-long movie is co-written by Sweet and Never Hike Alone writer-director Vincente DiSanti. The non-profit fan film, which is quickly approaching 300,000 views in less than a month’s time, also features the return of original final girl Adrienne King reprising her role as Alice Hardy. The fan film is free to watch, and you can check it out on YouTube.

“A fan tribute to Friday the 13th, Jason Rising follows Wessex County Police Officer Pete Daltry (Kyle Vahan) and his Deputy Eve Glover (Anna Campbell), along with U.S. Marshals Jed (Jason Reynolds) and Bear (Jerry Bell Jr.), hot on the trail of three escapees (Lisa Sorenson, Jennie Vaughn, Elizabeth Garrett) from the Wessex County Corrections Farm. Soon after realizing their chase has led them onto the cursed grounds of Camp Crystal Lake, Daltry quickly discovers that they are the ones being hunted by the undead mass murderers Jason Voorhees (Dan Kyle) and his deranged mother Pamela (Alyxandria McCormack).”

Due of the ongoing legal disputes over the rights to the series, Friday the 13th fan films have become increasingly popular in recent years. Although actor Corey Feldman has claimed that the concerns have been handled, a definitive decision on the rights has yet to be announced. In any event, work on the next Friday the 13th film will not begin until all legal issues have been resolved.

Jason Rising held a world premiere on the big screen at Portland’s historic Hollywood Theatre in August. Adrienne King, who appeared in the original Friday the 13th film as the final girl Alice Hardy, and its sequel, was also present at the event.

Peter Parker's Adventures Helped Positively Influence One Writer's Brother
Warner Bros. Fights for 'Nightmare on Elm St' & Other Film Properties
Judge Rules 'Friday the 13th' Story Rights Belong to the Original Writer
Good News / Bad News for Fans of the Original 'Lost Boys'
Where is Your Mask?!? Masks in the Movies
Bombshell: Does Disney Protect Pedophiles Within the Studio System?
Criticizing Horror Movies: The Reason for the Season