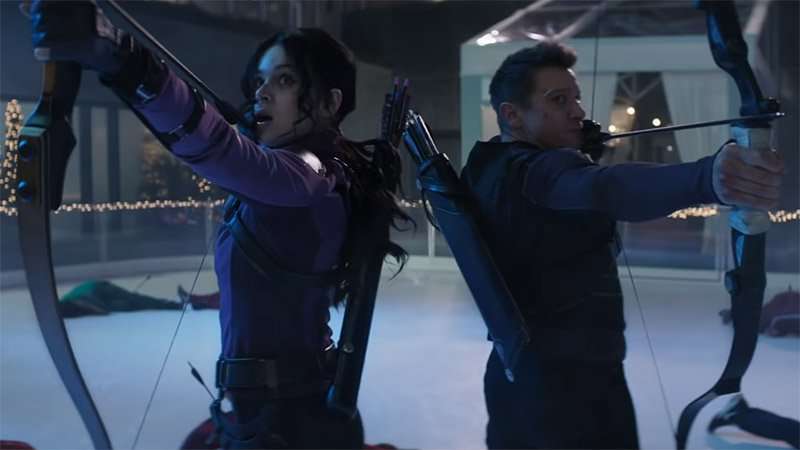 With Marvel Studios’ What If…? recently ending its first season, attention now moves towards the next Disney+ series taking place in the MCU with Hawkeye. Not only does today’s trailer show fans more of the holiday fun the series is looking to deliver, but it also announced some exciting news about its release.

Along with giving a glimpse of the action and mayhem that Clint Barton (Jeremy Renner) gets up to in his first solo adventure, the new Hawkeye trailer reveals that the first two episodes of the show will air together on November 24 on Disney+ and reconfirms the series will consist of six episodes. Marvel Studios did the same thing with its release of WandaVision, airing the first two episodes on the same day before moving to the weekly release schedule that the other MCU shows have since followed.

The Hawkeye trailer also continues to raise excitement for the new show, which looks to really be having fun with the Christmas setting as Clint Barton’s holiday vacation in New York City with his kids gets interrupted when he has to help a young vigilante archer hero, Kate Bishop (Hailee Steinfeld).

It is widely theorized that the show will conclude with Kate taking over the mantle of Hawkeye. And Florence Pugh is expected to reprise her role as Yelena Belova after the post-credit tease in Black Widow. The new Hawkeye trailer also confirms Linda Cardellini will return as Laura Barton.