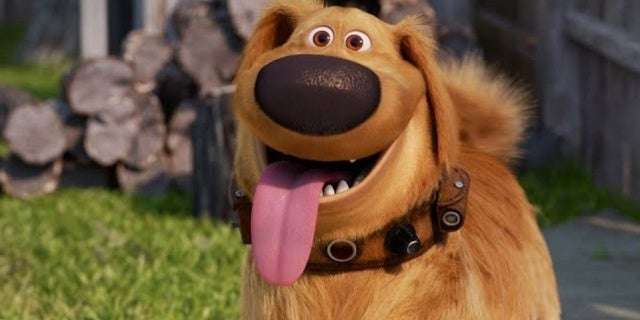 While the first ten minutes of Pixar’s 2009 animated film Up might have left most of us a blubbering mess, the rest of the film left many folks simply wanting more. Now, 12 years later, Pixar and Disney are teaming up to deliver just that in the new Disney+ spinoff series Dug Days.

Set to launch this fall, the upcoming series consists of a collection of shorts following “the humorous misadventures of Dug, the lovable dog from Disney and Pixar’s Up.” According to the trailer’s accompanying description, each short features Dug, Carl, and Russell — an unlikely but endearing family — getting caught up in “everyday events that occur in and around Dug’s backyard.”

Of course, all of these stories will be told through the “exciting (and delightfully distorted) eyes of our favorite talking dog.”

Emmy award-winning Pixar veteran and Up writer/co-director Bob Peterson is back on board as the project’s writer and director, while long-time Pixar producer Kim Collins is set to produce. In addition, Edward Asner (Elf, American Dad) is also returning to the series to reprise his role as the crotchety-but-sweet Carl Fredrickson. However, Russell’s original voice actor, Jordan Nagai, will not be returning to voice his character. As of right now, it has not been confirmed who will be taking over as the role of Russell.