Watch: Dear Hulu, How Political is Animaniacs Going to Be?

Hulu has released the first full trailer for The Animaniacs reboot, which brings Yakko, Wakko and Dot into the 2020s to remind us of our long-ago nostalgia, and add a little bit more of it to our strange new reality. The trailer above opens by explaining that “reboots are symptomatic of a fundamental lack of originality in Hollywood.” That is, until Hulu offered them a ludicrous amount of money to return to TV after 22 years later.

We then get a glimpse at some of the trio’s impending shenanigans, including what appears to be a giant baby Donald Trump cyclops. Because why? 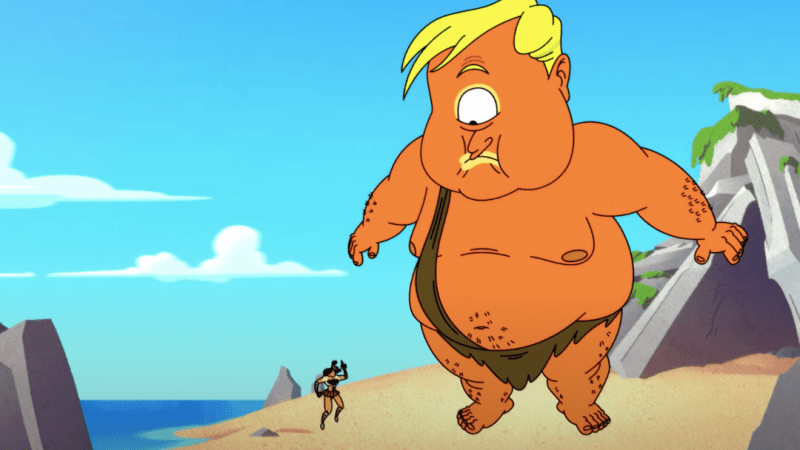 The two-minute sneak peek also offers a first look at the return of Pinky and the Brain, the former of which attempts to navigate the world of online dating, only to encounter an endless stream of literal catfish. Another unfortunate element was that we saw no sign of some of Animaniacs‘ other favorite supporting characters — Hello Nurse, Slappy Squirrel, the Goodfeathers, Rita and Runt, Buttons and Mindy, Minerva Mink, etc. — leading us to believe that they won’t feature into these 13 episodes, though a second season has been commissioned.

Of course, Animaniacs has been political before. President Clinton was practically a fixture on the show, but taking the piss out of Presidential politics isn’t the problem. Consumers have been forced to listen to the same  “orange man bad” jokes for the past four years. Enjoy it if you like, but a lot of people are just tired of hearing it again. Besides, I don’t recall them making Clinton a monster, but I confess to not having seen every episode. 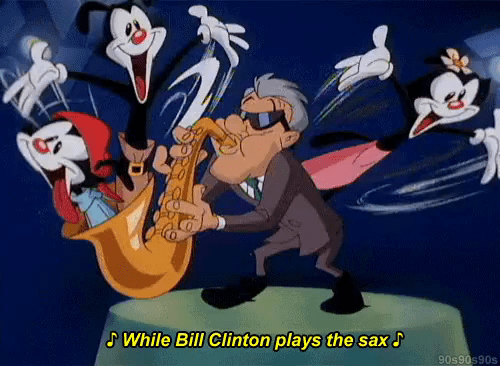 The reboot revives the Steven Spielberg animated series after over two decades. Rob Paulsen, Jess Harnell and Tress MacNeille are back as Yakko, Wakko, and Dot, with Paulsen and Maurice LaMarche also reviving their iconic rules as Pinky and the Brain. I’d like to enjoy this without any mansplaining though, and by the looks of the trailer, it seems like the Animaniacs reboot might just be one of the only good things to come out of 2020, if they can resist the “orange man bad” jokes that are long stale.