Shudder is expanding upon the world of Creepshow with the brand new A Creepshow Animated Special this Halloween, launching exclusively on Shudder today, Wednesday October 29.

The special will feature adaptations of two stories written by Stephen King and Joe Hill, and directed by Greg Nicotero! Kiefer Sutherland and Joey King will star. 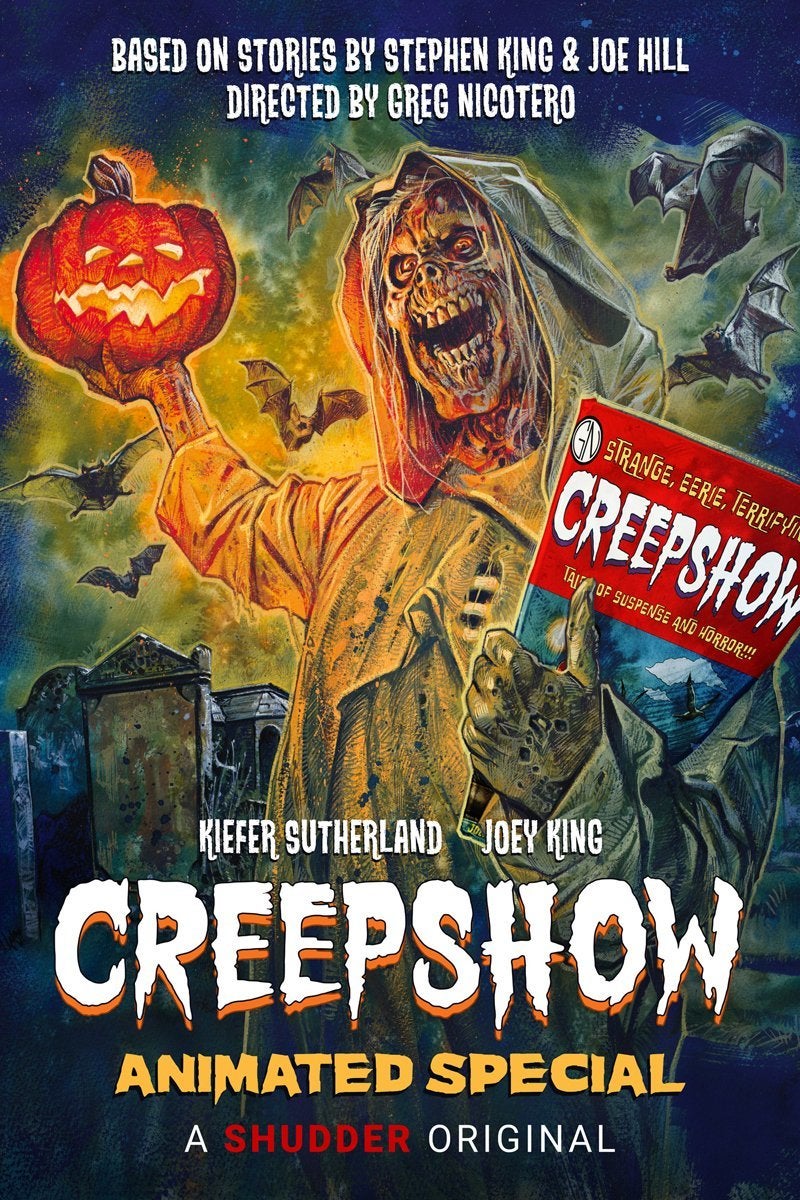 Shudder details, “Though Greg Nicotero and his team are hard at work shooting season 2 (coming in 2021), they’ve crafted a fully animated Creepshow special for us just in time for Halloween, featuring two tales to die for: ‘Survivor Type,’ based on the short story by Stephen King and adapted by Nicotero, stars Kiefer Sutherland (24, Designated Survivor) as a man determined to stay alive alone on a deserted island no matter what the cost. ‘Twittering from the Circus of the Dead,’ based on the short story by Joe Hill and adapted by Melanie Dale, stars Joey King (The Kissing Booth, The Act) as a teen whose family road trip includes a visit to the gravest show on earth. (Also available on Shudder Canada, Shudder UK and Shudder ANZ).”

The second season of Shudder’s Creepshow, meanwhile, recently kicked off production. And a brand new book, Creepshow: The Taker, was recently released by Scholastic.