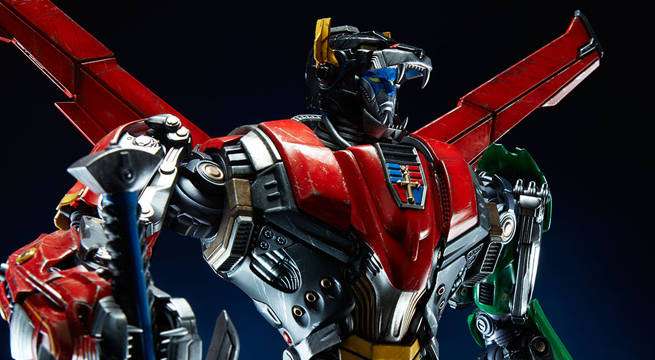 A bidding war has erupted in Hollywood over Voltron, the mecha anime featuring a giant robot that has amassed a popular following worldwide.

Rawson Marshall Thurber, the filmmaker behind the Netflix hit Red Notice, is attached to co-write and direct a Voltron live-action feature, a hot package that has engendered multiple offers, THR reports.

Warner Bros., Universal and Amazon are among the six or seven studios and streamers in the mix for the package, according to sources. Netflix, which was behind Red Notice and streamed the animated series Voltron: Legendary Defender, is not in the running, say sources.

The package hit the town about two weeks ago, with pitches and a teaser reel. Thurber came up with the story and will co-write the script with Ellen Shanman.

Todd Lieberman and David Hoberman are on board to produce with Bob Koplar, the head of World Events Productions, the company that controls the Voltron property.

It is unclear at this stage where the package will land, although sources say a deal could be wrapped by the end of the weekend.

Voltron is based on the Japanese sci-fi series Beast King GoLion and Kikou Kantai Dairugger XV. World Events edited and dubbed the series as a syndicated show, titling it Voltron: Defender of the Universe, that ran in the mid-1980s. The premise centered on five young pilots in a battalion named the Robot Lions, which are vehicles that join together to form a mega robot known as Voltron.