Walking Dead fans have been longing for information about Andrew Lincoln’s return to Rick Grimes for years now, let alone the movie itself or even a release date. However, the powers that be behind-the-scenes of The Walking Dead universe have been hard at work on the story of the first movie, going through a couple of drafts now and making sure the story of it all is delivered in its most polished and satisfying form possible. 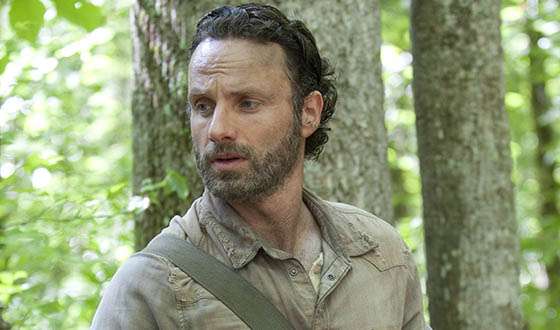 Now, The Walking Dead chief content officer Scott Gimple is making some big promises about the movie in saying he expects it to be “amazing.”

“I’ll give you some things that are hardly definitive, but I just want to reiterate: We are continuing to work on the movie. It is happening,” Gimple said. “We’re taking this time from COVID and we’re hunkering down and Mr. [Andrew] Lincoln, Mr. [Robert] Kirkman, Mr. [David] Alpert, AMC, Universal — we’re all charging forward it on it. It’s just taking a bit more than TV. And then [we’re] working on the new shows. So we have stuff into the future of The Walking Dead, and a lot of very different stuff. I’m really excited to hopefully have some more stuff to talk about with you coming into the New Year.”

Furthering the details of the film, Gimple did tease that fans might not have seen the last of the relationship between Rick and Michonne, famously billed as Richonne.

“It’s weird, I was talking to somebody this afternoon, people should pay attention to the way that Michonne left the show,” Gimple told ComicBook.com. “There’s something going on there. Yeah, King Bach was there. I’m very grateful to him. We probably haven’t seen the end of him either. It was King Bach for a reason. But that was a pretty big group she was with.”

The Boys Season 4: Look Who's Joining the Department of Dirty Tricks
Watch: Guillermo Del Toro Opens Up a 'Cabinet of Curiosities' for Halloween
New Coke Mascot Max Headroom Plotting a Comeback with AMC
Box Office: Will 'DC League of Super-Pets' Overtake 'Nope' this Weekend?
AMC's Interview With a Vampire to be 'Truer to the Book' than 1994 Film
More on that 'Walking Dead' Spin-Off that follows Negan & Maggie
Watch: AMC Drops Teaser Trailer for 'Tales of the Walking Dead'