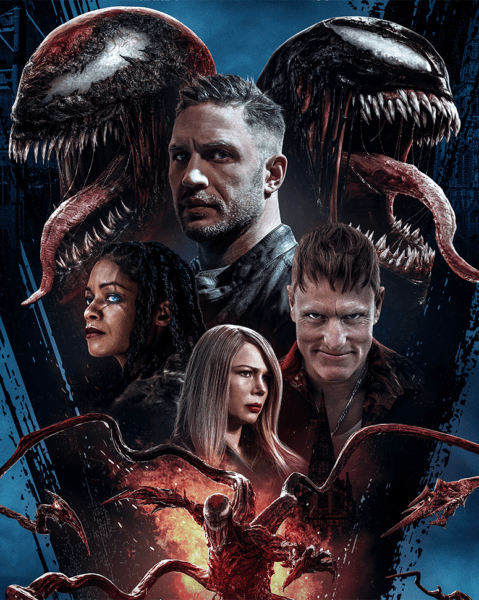 Sony Pictures has released a new vignette for the upcoming Venom: Let There Be Carnage film that premieres this weekend. In the video, director Andy Serkis discusses the relationship between Eddie Brock (Tom Hardy) and Venom (also Tom Hardy).

VENOM: LET THERE BE CARNAGE Vignette - Eddie and Venom

“In this movie, it’s like the seven-year itch cycle of a relationship. You got two characters that are literally stuck with each other. That odd couple relationship is what this movie was always going to be about, as a progression from the first one. It’s like living with an oversized toddler. They have had enough of each other. They can’t be together, can’t be apart. Eddie’s far too selfish. Venom just wants to be the hero.”

The last line there might be the most interesting of the entire clip. It’s always seemed that Eddie controlled Venom by giving him rule of who he can attack, similar in the way Harry gave Dexter Morgan rules of who he could kill. But here Serkis seems to be implying that the urge to be a hero comes from Venom and not from the restrictions place on him by Eddie.

Breitbart also has the following from an interview with the director:

In one scene, the alien symbiote that had bonded with Brock (Tom Hardy) has an argument with Eddie, separates from the reporter, and then attends a rave party to drown its sorrows. At one point, the symbiote delivers a heartfelt speech to the crowd talking about how much he misses Eddie. This, Serkis says, is to symbolize the queer relationship the symbiote and Eddie have. It is, Serkis added, a gay love story.

Serkis told Uproxx that the original idea for the scene was that it was like “the carnival of the damned,” but that focus changed.

“Well, Tom and [co-writer] Kelly [Marcel] were always about Venom coming out and going to a party that was a very sort of an LGBTQIA kind of festival, really, I’d call it, and so this is his coming out party basically. This is Venom’s coming-out party,” Serkis said.

Serkis insists that during the scene, Venom begins to “speak for the other” — “inadvertently” advocating for the LGBTQ community.

“Well, what is interesting is that it’s just like, here he is kind of, he says in the movie, ‘We must stop this cruel treatment of aliens.’ He said, ‘You know, we all live on this ball of rock,’ you know? And so, he inadvertently becomes a kind of… he’s speaking for the other. He’s speaking for freedom of the other,” Serkis enthused.

The director, also famous for giving life to the Lord of the Rings character Gollum, then claimed that the movie is really a “love affair” between the symbiote and Eddie.

“Absolutely they do love each other and that’s the kind of the center of the movie is that love affair, that central love affair,” he said. 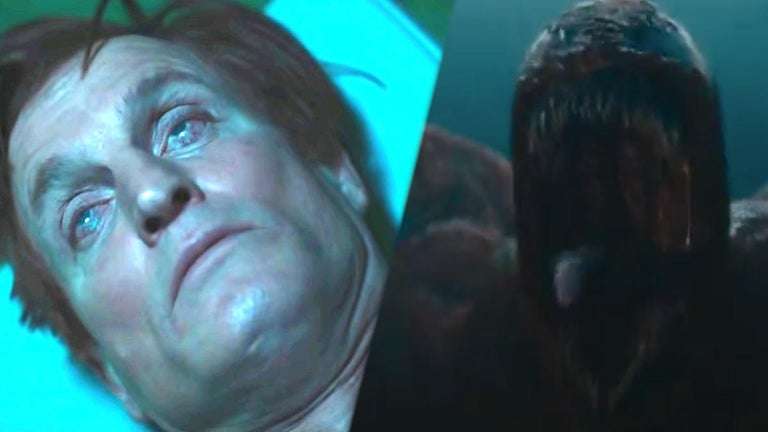 The studio has also released a new clip, which reveals the scene in which Woody Harrelson’s character, serial killer Cletus Kasady, transforms into the evil symbiote, Carnage. It’s the sort of “money shot” that Marvel Comics fans have been waiting years for, ever since Carnage made his debut in Amazing Spider-Man #361 in 1992.  Now, despite a long wait and numerous delays, Carnage is getting his live-action debut on the big screen, and from the look of the scene below, Carnage will indeed be getting his due — and Harrelson’s going to have a lot of fun hamming it up as the Marvel villain.

Cletus Kasady transforms into #Carnage for the first time in this brand new clip from #VenomLetThereBeCarnage! pic.twitter.com/4J9IIxYcRO

No word from Srrkis on the relationship status of Kasady and Carnage… Venom: Let There Be Carnage will be in theaters tomorrow, October 1st.