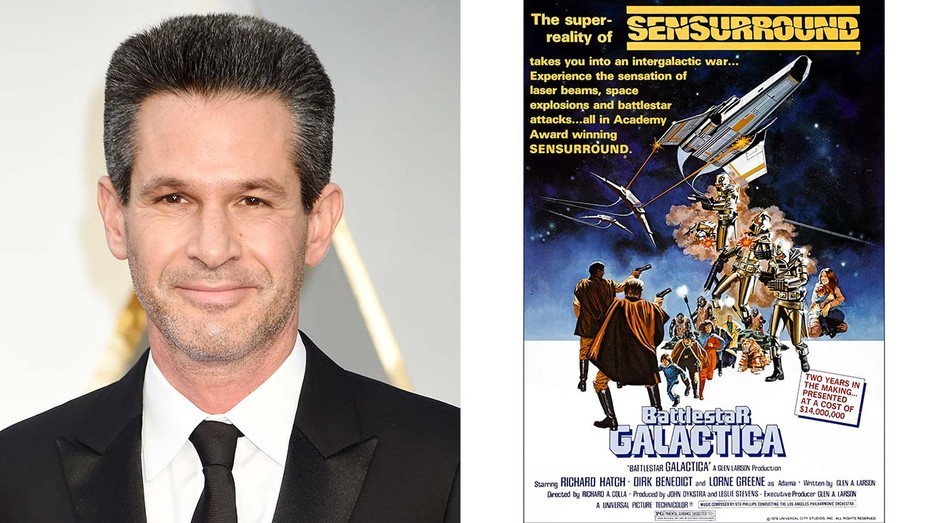 THR reports that Simon Kinberg has signed on to write and produce Battlestar Galactica, Universal’s long-gestating feature adaptation of its sci-fi TV franchise.

Kinberg, who was the main architect of almost a decade’s worth of X-Men movies, now has a new franchise universe to work with and will be starting from the ground up in telling the tale of humans on faraway planets on the run from a race of intelligent machines bent on wiping them out.

He will join producer Dylan Clark, who has long shepherded the project, which has attracted filmmakers such as Bryan Singer and Francis Lawrence over the years.

Galactica was the short-lived but impactful television series created by Glen A. Larson in the post-Star Wars glow that aired in the late 1970s. The conceit was the idea of human colonies on distant galactic shores who fall pray to destructive machines known as Cylons. The survivors flee on starships and, led by the Galactica and her heroic crew, try to find a mythic human colony known as Earth.

Given Kinberg’s quality track-record (i.e. New Mutants, Dark Phoenix, X-Men: Apocalypse), I don’t have a lot of confidence in his helming this project. He has some hits, but I am dubious he will handle this well. Wonder what A.H. Lloyd would say?