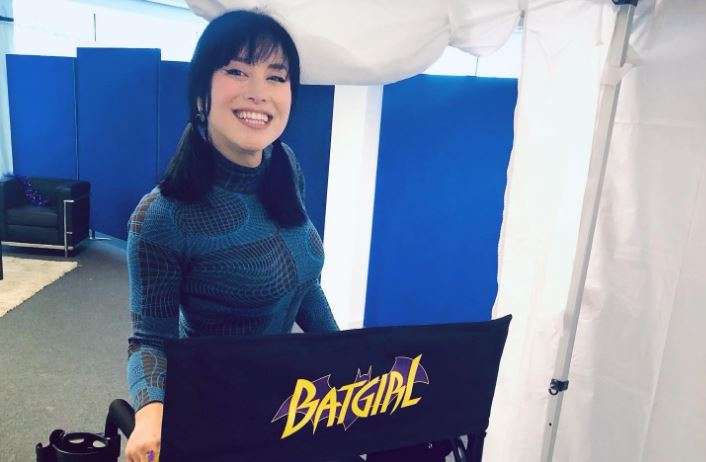 Ivory Aquino, a transgender actor set to co-star in Batgirl , made a last-ditch pitch to Warner Bros. Discovery CEO David Zaslav to revive the $90 million superhero film, which the company has judged “irredeemable” and put on permanent hold, going so far as announcing its intention to destroy any copies of it.

The TLDR version of Aquino’s following Twitter outburst is that the actor dismissed claims that the DC Comics movie is “woke,” asserting that the fictional movie about superpowered heroes “reflects the world we live in.”

movie, I ask that this measure be reconsidered.

As much as I’ve tried my best to be strong these past few weeks, I’d find myself crying, for lack of a better term, from grief, and tonight was one of those nights. As much as Batgirl has been labeled a woke film, it simply came

around the world, grown and not-so-grown, who hold their fathers in the highest esteem and who could see Batgirl as a story of that special bond.

I’ve found myself not being able to talk about this ordeal with anyone. I realized that no one, apart from those involved with the

endeavor. Leslie checked in on me the day we found out of the shelving and only had words of comfort and support. I’ve dared not ask since if she’s spent nights holding back tears like I have because she has had to be the face of our Batgirl family and has had to put on a brave

is like one large cog atop increasingly smaller cogs underneath. One seemingly small movement by this large cog may seem relatively tiny, but for those little cogs at the bottom, they can be spinning ten-fold and the effects can be seismic.

product of our hearts and souls, that the little cogs not simply be seen as widgets whose fates are determined by an equation to benefit the bottom line. More than widgets, we are fellow human beings and artists who, when given the chance, can outperform the equation and multiply

from Glasgow where we filmed and from all over the world. Now, more people know about our labor of love and are eager to see the movie. I do hope you get to read this letter. Consider releasing Batgirl. She’s always been an underdog and has nowhere to go but up.

Batgirl won’t air on HBO Max or in theaters. When Warner Bros. Discovery made the decision to indefinitely suspend the $90 million film earlier this month, the movie was reportedly almost finished. The marketing for the film repeatedly swooned over the fact that it featured the first transgender character in the DC Comics film universe.

In order to convince the IRS that it won’t earn any money from the movie and  therefore qualify for a full tax write-off, the company suggested they plan to physically destroy all of the Batgirl footage.