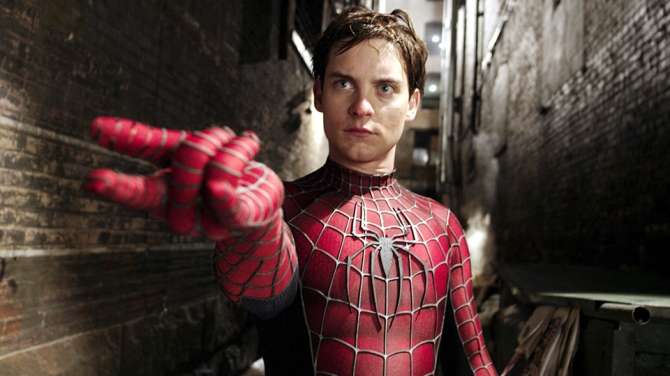 With Spider-Man: No Way Home (2021), the Marvel Cinematic Universe ushered in a new era of superheroes, cracking open the Marvel collection like never before. Now a large swath of Marvel fans are eager to see more of these Spider-Men in action, and new reports suggest that Tobey Maguire wants to take another swing in the suit.

Tobey Maguire loves Spider-Man and wanted to continue to play the character. He was upset Spider-Man 4 got cancelled.

He signed on intrigued by NWH and wasn’t a diva.

Rumor: Tobey wants to return as Spider-Man in future films given the right script. Preferably with Sam Raimi. pic.twitter.com/I14JhxdKjO

With several claims from Sony Pictures and Marvel Studios insiders about the future of Andrew Garfield and Tobey Maguire’s renowned characters, signs point to Maguire returning to the MCU in upcoming series, and potentially starring in the notorious Spider-Man 4 that never was:

In the 2009 video clip shared above, Maguire is seen discussing the future of the Spiderverse after Sony had just greenlit Spider-Man 4 for a 2011 release, highlighting that “I love collaborating with him [Sam Raimi]… I have fun with those movies; I do.”

However, the excitement was short-lived because, in January 2010, Sony Pictures pulled the plug on the upcoming Marvel movie that was set to feature Anne Hathaway’s Felicia Hardy/Black Cat, Dylan Baker’s Curt Connors/Lizard, and John Malkovich’s Adrian Toomes/Vulture. Other reports have suggested that Spider-Man 4 would’ve revealed that Peter’s landlord, Mr. Ditkovich (portrayed by Elya Baskin), was a retired Kraven the Hunter and would go down the path of exploring the character.

Fans of the idea of a Spider-Man 4 have started a #MakeRaimiSpiderMan4 hashtag campaign, but we know where those usually lead. We may never get another Maguire portrayal of the wall-crawler, but at least his version of the beloved character made a triumphant return in Spider-Man: No Way Home, helping lead the smash-hit movie towards the $2 billion box office mark.