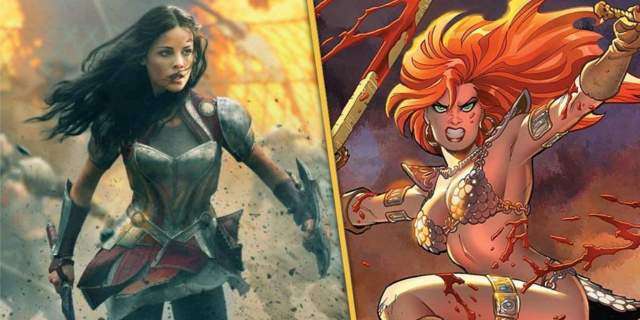 Thor star Jaimie Alexander may have a role in the upcoming Red Sonja movie.

Marvel fans already know that Alexander will return as Asgardian warrior Sif in Thor: Love and Thunder. She’ll be sticking to the fantasy warrior mold if she joins Red Sonja, the film about the sword and sorcery comic book character inspired by the works of Conan the Barbarian creator Robert E. Howard. Alexander shared an Instagram story in which she suggested she’s digging into the Red Sonja movie’s script as “light reading” on a plane flight. That’s not confirmation that she’s in the movie, but it seems like she may have been offered a part.

Red Sonja already cast another Marvel Studios actor, Ant-Man and the Wasp‘s Hannah John-Kamen, as the title character. That would suggest Alexander should play a supporting character or possibly an antagonist if she joins the film. Some fans would’ve hoped a more brawny and curvy woman like Alexander had landed the lead role. 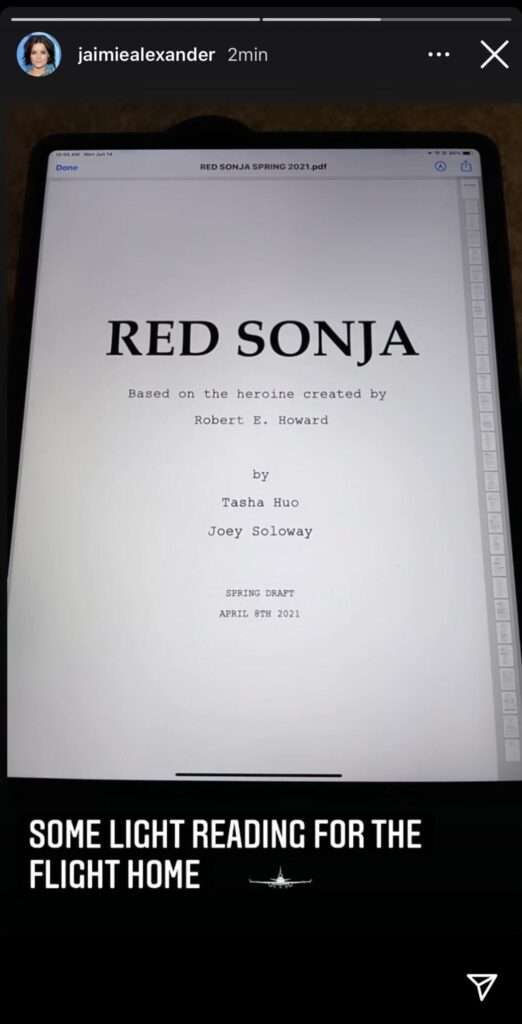 Red Sonja comics writer Gail Simone is involved with the film. Joey Soloway co-wrote the film and will direct it.