The U.S. Supreme Court and Its Justices on Celluloid 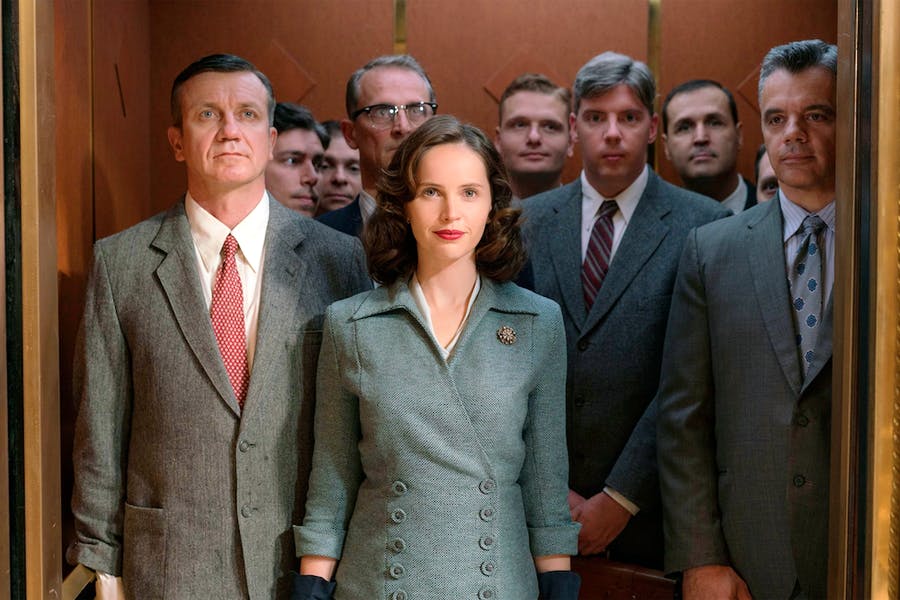 With the sad death of Ruth Bader Ginsburg, a look at the portrayal of the US Supreme Court and its Justices on celluloid.

There’s plenty to choose from, with an increasing number produced over recent years, as the Supreme Court has become the crucible for the ever more polarising Culture Wars in the US.

Back in 1981 – and broadcast (accident or design?) by nostalgia channel Talking Pictures on Sunday evening (20th September), First Monday in October presented the fictional appointment of the first female Associate Justice of the Supreme Court (Jill Clayburgh). The wind was rather taken out of the picture’s sails by Ronald Reagan’s appointment of Sandra Day O’Connor a month before the release of the movie.

Without further ado – eight factually-based movies based on the lives of eventual Justices and some of the historic decisions taken by the Supreme Court.

ON THE BASIS OF SEX | Official Trailer | Focus Features

Some may see echoes of director Stanley Kramer (Inherit the Wind, Judgement at Nuremburg) in the picture’s rather old-fashioned air.

For a broader perspective on Ruth Bader Ginsburg’s life and career the same year’s documentary RGB (Netflix) is worth seeking out.

Based on one of Marshall’s first cases, the movie will remind some viewers of Norman Jewison’s classic In the Heat of the Night (1967), with Boseman as a less strait-laced Sidney Poitier, although easily his equal in charisma.

In this companion piece to All The President’s Men (1976) we follow the events surrounding the controversial publication of the classified Vietnam War-related Pentagon Papers by the Washington Post in 1971 and the Supreme Court First Amendment decision in the paper’s favour.

Some fine acting by Tom Hanks as Post editor Ben Bradlee and Meryl Streep as owner Katherine Graham, but to my mind The Post never really achieves lift-off in terms of viewer engagement.

Ruth Negga and Joel Edgerton co-star as Mildred (née Jeter) and Richard Loving, a Virginia couple arrested and briefly jailed for the crime of being married as a (respectively) black and white couple.

Strong performances from the leads and a typically intense turn from Marton Csokas (The Debt) as the couple’s nemesis, racist Sheriff Garnett R. Brooks.

This HBO movie details the controversial events surrounding the appointment of Clarence Thomas in 1991 to the Supreme Court.

Biden (as played by Kinnear) doesn’t come across particularly well, and the actor’s recent performance as an insincere Bob Hope in this year’s Misbehaviour could colour viewers opinions of his take on the politician.

Anita Hill has since endorsed Biden, who in 2019 apologised for his perceived mishandling of the hearings.

In this true story, Helen Mirren plays Maria Altmann, an ageing former Jewish refugee living in Los Angeles, who, with lawyer Randy Schoenberg (Ryan Reynolds), took on the Austrian government to recover  Klimt’s iconic painting of her aunt, the Woman in Gold of the picture’s title (actual name The Portrait of Adele Bloch-Bauer I)

Stolen by the Nazis in Vienna before WWII and post conflict displayed in the prestigious Belvedere Museum, the theft of the painting eventually prompted Altmann to take the fight to the Supreme Court of the United States, which backed her claim in 2004.

Although Mirren’s performance was praised, reviews were mixed, some reviewers feeling that director Simon Curtis (Goodbye Christopher Robin) could have made much more of the story.

Stephen Frears directed this behind-the-scenes story of Muhammed Ali’s refusal to be inducted into the Vietnam War, with the ensuing legal wrangling and final Supreme Court ruling for him in 1971.

Click here to see my eighth and final pick, which you can actually watch for free on Youtube, and a few other selections if your appetite for more dramas at least partly based on Supreme Court cases has been whetted.