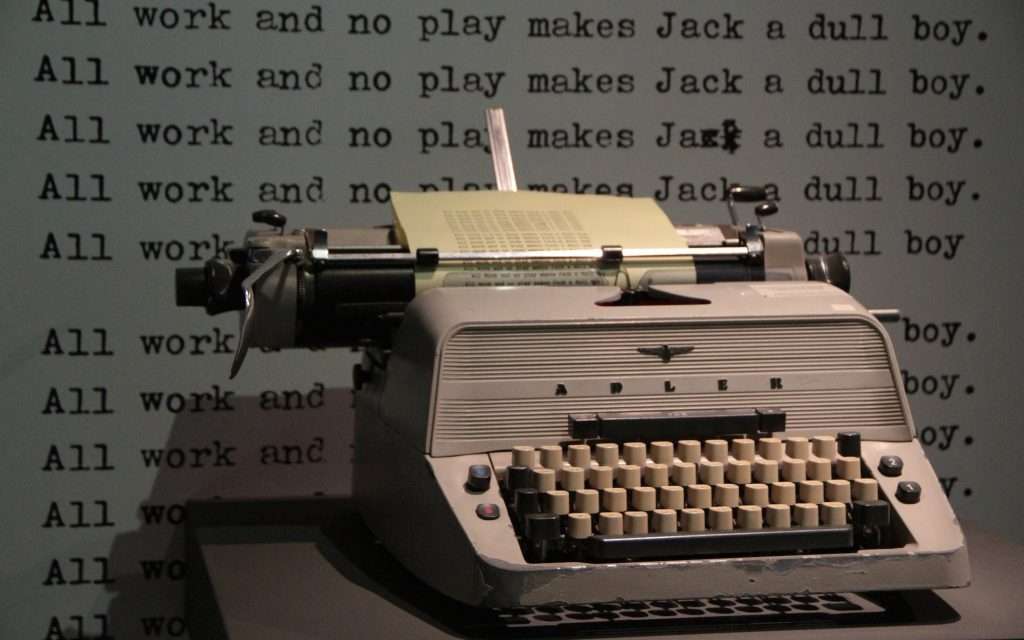 Films often contain captivating stories and legends worth recreating from different perspectives. They demonstrate creativity and imagination, giving creative writers sources of information and storylines. In other cases, the movie industry has been a reliable source of inviting topics for educational purposes. As a result, instructors adopt these concepts in the learning environment, requesting students to conduct in-depth reviews and analyses. Writing about films can reveal hidden messages and constructs for scholarly assessments. Besides, movies can act as objects of historical preservation, enabling other generations to visualize the past and its sociocultural issues. For instance, films and documentaries about the second world war can be informative for younger generations by reconstructing vivid images of the war. Similarly, movies allow creative visualization of the future with scientific anticipation and imagination. Thus, films from different genres can be a good source of information for academic essays, blogs, and web articles.

Best Disaster Movies to Write About

The film is based on the San Andreas fault, a 1200 km fracture between two blocks of land in California. The structure of the fault increases the risk of massive earthquakes resulting from the constant movements and instability of the masses on the sides. In this case, the movie envisions a time when the fault breaks into a rift causing a disaster-level earthquake. The story also features some romance, heartbreak, and technological advancement. Notably, one of the buildings incorporates high-tech structural designs that can withstand immense tension and pressure. It becomes a strategic haven for a teenage girl and her friends as they seek refuge waiting for her father. Like most disaster films, San Andreas has impressive writing topics, mostly for geography and disaster management courses. The movie raises concerns about American cities’ rescue operations and disaster preparedness policies, highlighting gaps in structural designs and urban planning.

The Titanic is one of the best movies to write about, especially since watching it leaves one with more questions than answers. Based on a true story, the film creates conspiracy theories about the story, the characters, and the ship. The cliffhangers at various stages also create incredible themes and subjects for writing. The cinematography techniques and technology also spark debate, especially considering its budget. Although some scenes are exceptionally good, others fall below any informed viewer’s expectation. The controversies in the real-life story of the Titanic and the movie create an interesting topic for analysis. Writers can compare the two accounts identifying gaps and disproving the conspiracy theories. Others can choose to perpetuate the debate with alternative explanations. The film’s poor quality yields multiple ideas about its failures and successes, creating an interesting subject for assessment in theater studies. Other disciplines in the education sector can assess the romantic and disaster concepts of the storyline, analyzing the extent to which the author and directors portrayed different perspectives.

Best Sci-Fi Movies to Write About

In Time is an American sci-fi film written and directed by Andrew Niccol featuring Justin Timberlake as the protagonist Will Salas. It portrays the implications of pure capitalism in a society where wealth determines the length of life. In this film, people stop aging at 25, and only those who can afford more time continue living. Consequently, time becomes the primary currency shared through a futuristic watch indicating one’s length of life. Time also becomes a tradable commodity exchanged between individuals. As in any capitalist society, scarcity increases value, creating demand and crime. In this case, the situation leads to the creation of a time-stealing criminal society, forming the basis of the story.

This film envisions a future where climate change has made the earth uninhabitable. A small group of survivors aboard a fast-moving train struggles to preserve the human race amid rising conflict and limited resources. The Snowpiecer is a great movie for testing the writers’ capacity at CustomWritings, a professional essay writing service that boasts more than 15 years of experience in the industry with a competent support team and trained professionals who process “write my essay for me” requests. This custom writing company excels in research, book reviews, essays, and college assignments. As one of the newest and most controversial disaster sci-fi movies about the future, Snowpiercer gives clients a unique opportunity to test the company’s ability to produce original papers from scratch with new and untested topics. Film analysis and review require both creativity and experience. The organization’s experience and writers’ capacity remains unmatched, leaving creativity as a significant measure in decision-making for veteran and new students seeking assignment help.

The field of robotics has always elicited debate about the need for human-like machines and their role in human lives. While some view technological advancement as an avenue for easier and better living, others fear the unlimited power of artificial intelligence (AI). In a time when AI was still in its infancy, James Cameron and Gale Anne Hurd imagined a world ruled by machines. They also incorporated the concept of time travel and human-like robots with free will. The Terminator sequel is one of the best movies to write a paper about, especially for those who can dare to dream. It provides great content for analyzing the impact of technology at a time when big data and AI have become central to daily living.

All-Time Great Movies to Write an Essay on

Casablanca is perhaps one of the best movies to write about, regardless of the purpose or target audience. It is an American romantic drama with featured comedy scenes and great action. Although the story may seem outdated to a younger audience, the cinematography techniques in Casablanca guarantee joyful viewership for any age group. The films help one relive the historical progression of the film industry, forcing the viewer to appreciate the developments behind contemporary masterpieces. The level of creativity in the production helps make up for the storyline’s deficiencies, demonstrating the team’s quality despite the limitations in budget and equipment. Having watched Casablanca, one cannot tolerate any form of mediocrity in a later film produced in the era of state-of-the-art filmography.

This film came at the end of the space race between the United States and the Soviet Union. As the two nations competed for supremacy in space exploration and spaceflight capabilities, their competition created fodder for creative writers. O’Bannon and Ronald Shusett were among the thousands of Americans who imagined the worst from the scramble for outer space. Most writers envisioned an invasion by superior species from unknown galaxies, while others feared the possibility of disease importation. This film portrays an unfathomable level of imagination and creativity, developing a thrilling story into visualized content. The movie tops the list of good movies to write an essay about, especially for college and university-level film studies.