It must have been the drugs.

How else to explain the deeply weird state of American culture in the early 1970s?  The music had some high points, but also some really odd bits to it. Don’t even look at what people were wearing.

And then there were the movies.

It was the age of “experimental film,” which in many cases meant “unwatchable unless under the influence of powerful mind-altering substances.”

This was a time when someone thought this was a good look for Sean Connery. 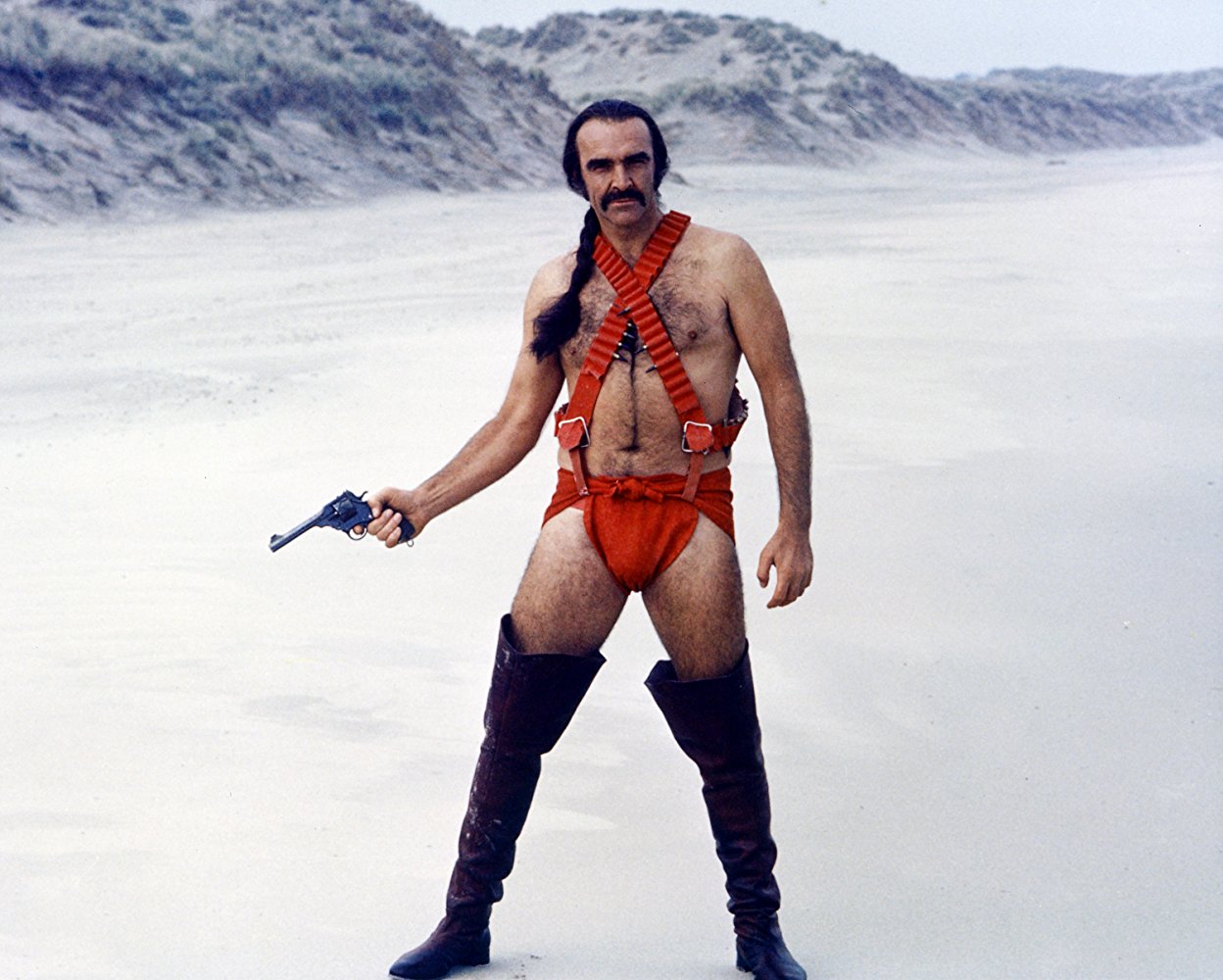 A handful of films emerged from this twisted era as cult classics, and perhaps the most prominent was the Rocky Horror Picture Show. Let’s do the time warp again!

Rocky Horror was a send-up of actual horror movies, based on a stage show. It opened in 1975, was a total flop, and then became a fixture in midnight showings. Being geeks, everyone here knows all that already, though I don’t know how many theaters still allow people to bring in squirt guns and such for the showings.

Strangely, there was another film very much like it that came out in 1974, written and directed by Brian DePalma that also purported to be a horror movie, but which was really a send-up of the music recording business: Phantom of the Paradise.

Phantom Of The Paradise Trailer

I had never even heard of this strange bird.  I came across it while watching the amusing documentary of the film’s soundtrack composer, Paul Williams.

Who? Well, the younger folks may not remember him, but his music was part of the Easy Listening end of the broadcast spectrum in the 1970s. I could go on, but the trailer for the documentary tells you everything you need to know.

My cursory research is unclear over which project came first. DePalma reportedly was looking to make a music film since the 1960s, and while Phantom came out first, the stage version of Rocky Horror predated it. Still, it’s odd that Phantom has a character named Beef while Rocky Horror features Meat Loaf. Coincidence? Maybe.

Anyhow, Phantom is a lot like Rocky Horror in that it is really over the top, with acting and film techniques every bit as grotesque as its contemporary.

Where it differs is the subject matter. Phantom starts off as goofy as they come, but gradually takes a very dark turn as it muses on the evil bargains at the heart of the music industry.

We live in a very different era in terms of social values, but the corruption of a rising young singer by a dissolute record producer still resonates.

What also resonates is Williams’ music, which is surprisingly good. He does some parodies of various genres, but the core leitmotif of the film is pretty grim.

And so is Williams. People of a certain age remember him as doing comedy segments on variety shows, or guest-starring on the the Love Boat. Even his rage-fueled turn in Smokey and the Bandit is pretty funny.

In Phantom, he’s downright sinister and brings an intensity that carries the film. Everyone else is chewing on scenery, but he’s genuinely scary. For those who don’t know, Williams had a troubled childhood and his diminutive height was the result of a misguided doctor trying to speed up his growth by giving him hormones. It backfired, and he seems to have carried a grudge about it ever since.

Despite topping the charts, winning stacks of gold records, Academy Awards, fabulous wealth and becoming a household name, he was abjectly miserable and turned to drugs and alcohol. This film was a chance to let that inner villain out for the world to see.

This film defies easy categorization. I originally watched it expecting it to be so bad it was actually good, but it isn’t bad at all. It’s big problem is that it’s uneven. The first half is awful-bad/fun-good as you would expect, but the back end is strangely poignant in its send-up of the ugly side of the then-contemporary rock scene.

Anyhow, if you want to immerse yourself in something so utterly obscure that even cult classic people have never heard of it, Phantom of the Paradise is your film.

Or you could watch Zardoz. The 70s, man. Strange times.