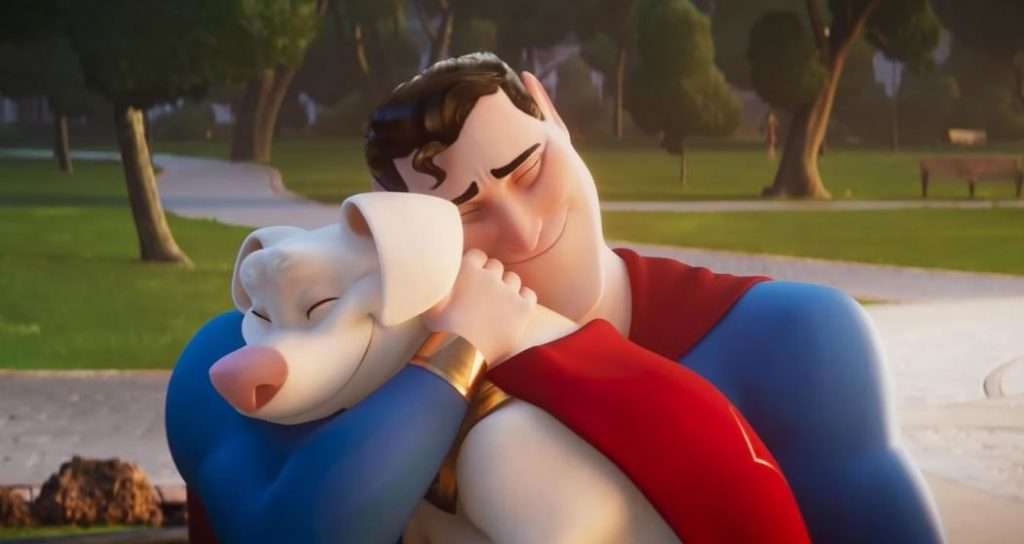 Never one to pass up a chance to promote an existing or upcoming project, Dwayne “the Rock” Johnson shared the post-credit scene for DC League of Super-Pets on his Instagram account.

With the video, he also wrote: “The world is starting to simmer with excitement about the earths shattering SUPERMAN vs BLACK ADAM⚡️showdown one day. But until then… BLACK ADAM’S DOG ~ ANUBIS⚡️ has a few choice words for SUPERMAN’S DOG ~ KRYPTO. The definition and philosophy of ANTIHERO is quite intriguing… And YES… If you listen closely, I voice BOTH DOGS AND BLACK ADAM in this scene.”

DC League of Super-Pets is in theaters now and features Johnson as Krypto, Kevin Hart as Ace, John Krasinski as Superman and Keanu Reeves as Batman. Johnson is also set to play Black Adam in the upcoming film of the same name along with Pierce Brosnan, Aldis Hodge, Noah Centineo, Sarah Shahi, Marwan Kenzari and Quintessa Swindell. It will be in theaters in October.