Most Watched Paramount+ Shows During the Streamer’s First Year ViacomCBS rebranded its existing CBS All Access service and relaunched in March 2021 as Paramount Plus. The streamer’s approach was to fold in pre-existing content from CBS All Access along with a selection of on-demand movies and shows from Viacom’s various holdings, Showtime, Comedy Central, MTV, Nickelodeon, Nick Jr. and Smithsonian Channel, packaged together with US broadcast news and, of course, Paramount Plus Originals.

It’s the content that makes or breaks this service. While CBS All Access was great for CBS super-fans and not worth much to anyone else, Paramount Plus has built on expanded content offerings that make it more interesting than its forerunner.

Which movies and TV shows were the most popular during the first year of Paramount+ in the U.S.? Just Watch has provided us with the following rankings.

Reality TV shows proved to be some of the most popular shows on Paramount+ in its first year, with four series making the list in “The Challenge”, “Survivor”, “RuPaul’s Drag Race” and “Ink Master”. The “Yellowstone” prequel, “1883”, took first on the leaderboard. 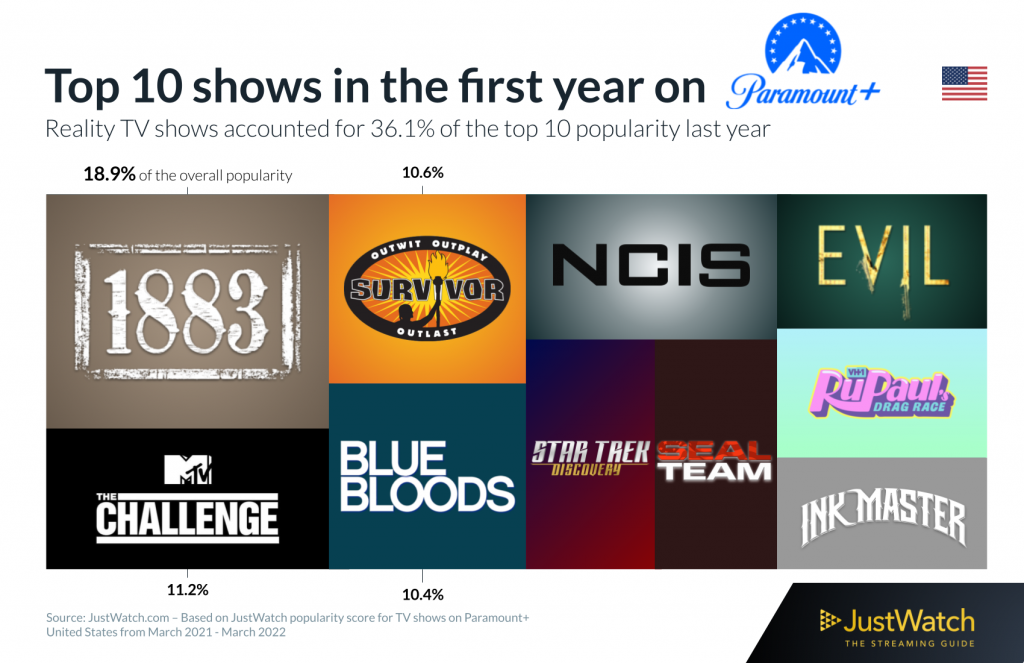 Both the latest sequel and the original film in the “A Quiet Place” movie franchise were extremely successful in the US, holding first and fifth place. Paramount+’s original movie, “Infinite”, made it to fourth place. 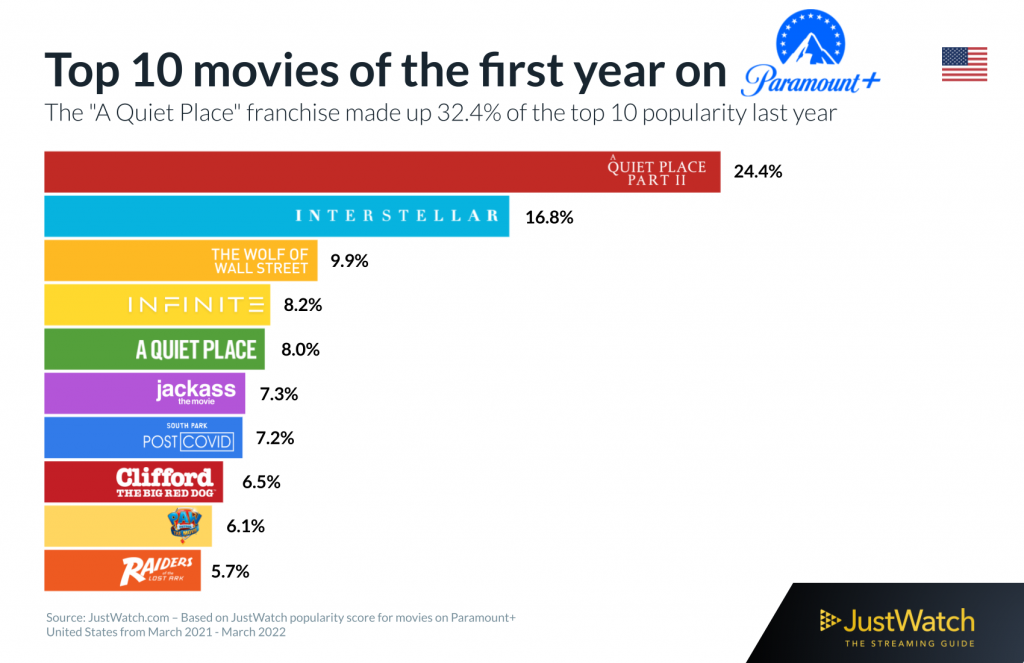 If you can’t already use your antenna to get CBS free and watch NFL games, CBS dramas, March Madness, and more, then you’ve got a great alternative route to all of those things in the form of Paramount Plus. If you already get CBS for free over the air — or as part of a live TV multichannel service like Hulu + Live TV — then that could limit your appreciation of Paramount Plus. And if you’re not a fan of CBS, Nickelodeon, MTV, or Comedy Central, then you won’t find much to enjoy here either.

But on the whole, Paramount Plus is a solid streaming option at a great price.