The Boondocks Reboot Gets a Two Season Order at HBO Max

The new Boondocks will launch in fall 2020 with a 50-minute special. All 55 episodes of the original The Boondocks series will also be available on WarnerMedia direct-to-consumer platform at launch.

The Boondocks revival was taken out to the marketplace in late spring and was confirmed by Sony Pictures Animation at the Annecy festival in June. HBO Max immediately emerged as the most likely home for the new series because of WarnerMedia’s history with the franchise.

The animated show premiered on Cartoon Network’s Adult Swim in 2005 and ended its run in 2014 after four seasons and 55 episodes, a large part of whose programming will be available on HBO Max. The final season of the show was produced without McGruder. “The Boondocks” was originally a comic strip written and drawn by McGruder that ran from 1996 to 2006. Seen through the lens of the main character Huey Freeman, the comic strip offered a satirical take on African American culture and politics.
The series earned McGruder a Peabody Award. McGruder revived the comic strip on Instagram earlier this year. If you were unsure of his politics, this sample below should remove any doubt. 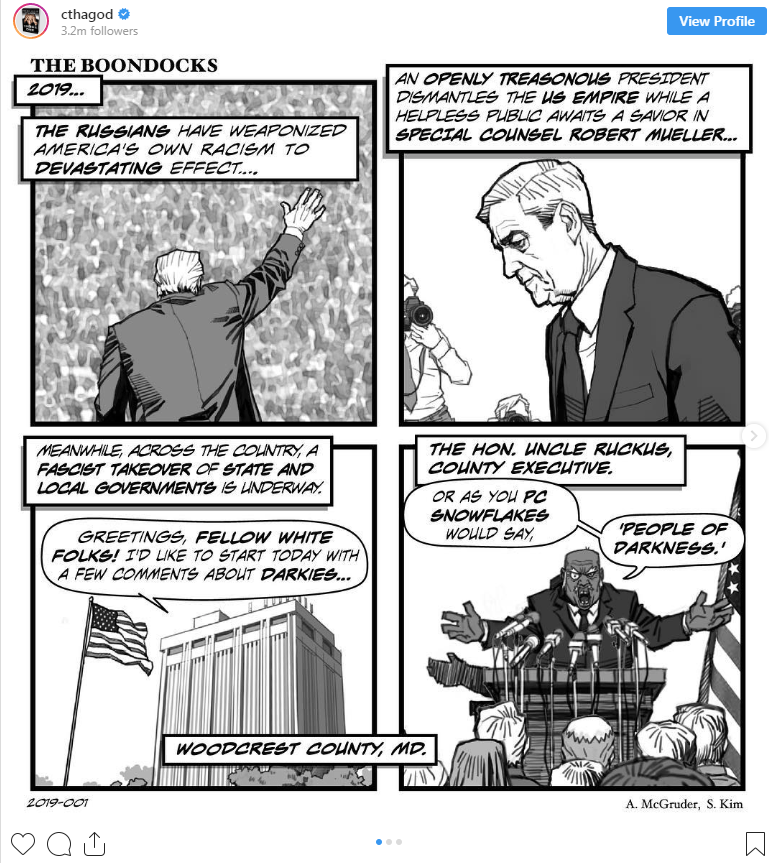