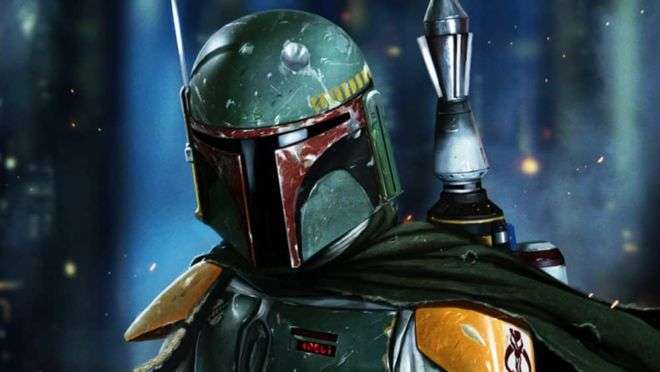 While the season finale of The Mandalorian’s season two sent Star Wars fans wild over the unexpected appearance Luke Skywalker, virtually portrayed by Mark Hamill, those who love a good unexpected celebrity appearance in the Star Wars universe were treated to a somewhat less inspired appearance at the end of The Book of Boba Fett – Chapter 3: The Streets of Mos Espa, even though the episode in question was pretty poor.

The latest episode saw Jabba The Hutt’s twin cousins take out a hit on Boba Fett, sending the Wookie bounty hunter Black Krrssantan after him. While it was not surprising that things didn’t go as planned for Krrssantan, the Wookie does find himself trapped in the familiar pit that once housed the rancor. Following the failed assassination attempt, the Hutts show up at Boba’s palace to call a truce and declare they will be leaving Tatooine. As a way of an apology for their actions, they gift him a rancor calf, which comes with its own trainer. And who does that trainer turn out to be? None other than friend of Robert Rodriquez, and movie-buff favorite Danny Trejo.

Ok Danny Trejo Bringing in a god damn Rancor was NOT in my prediction list for the show pic.twitter.com/IK383kSMi4

Considering how deeply involved Robert Rodriguez is in the Star Wars project, and how often Trejo has a habit of turning up in the director’s work, it probably didn’t take too much to get the 77-year-old, who has appeared in movies such as From Dusk til Dawn, Machete Kills and Con Air, to make a cameo appearance in the new episode.

The reintroduction of the rancor, which played a fun part in Return of the Jedi almost 40 years ago, was likely well received by fans. With a new rancor calf set to grow up to be as big and fearsome as its predecessor, a few people are eager to see how the beast and Trejo, its handler, will be handled by Disney in the future.

Episode two wasn’t too bad, but episode three also killed off some Tusken Raiders, the wardrobes were handled poorly, the space vespas looked like something out of Spy Kids meets Power Rangers. How are they able to afford tricked out space rides, but keep claiming they’re poor… and the fight choreography is cheap looking. Only Danny Trejo’s appearance kept this episode from being a complete failure. I wish Boba would keep his helmet on more too.

If you’re enjoying this, good for you, but that was typical Disney reimagining Star Wars to me.