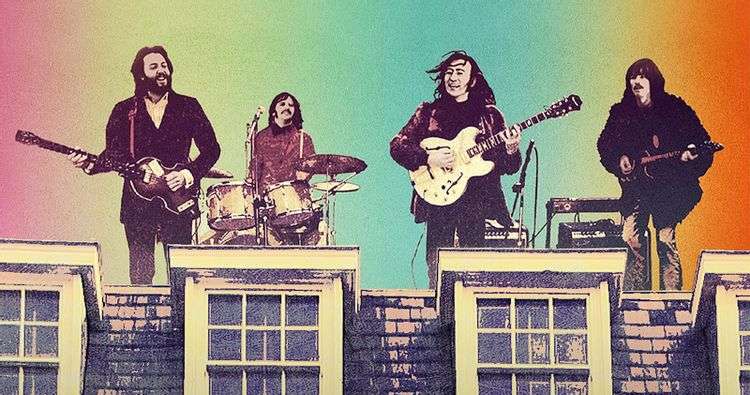 Legendary pop group The Beatles are still regarded as one of the most influential musical groups in history. Generations of musicians have been affected by their music. “Let It Be,” their final record, was rumored to be riddled with troubles behind the scenes.

Peter Jackson studied the development of that album in a new Disney+ documentary called The Beatles: Get Back, which used archive material from a documentary shot at the time the Beatles recorded “Let It Be” and was intended to dispel the myth that the Fab Four didn’t get along during its recording. And now, a portion of that documentary is getting an IMAX release for one night only.

Jackson includes the complete historic 1969 concert from the rooftop of the Apple Corps’ Savile Row headquarters as part of the documentary. On January 30th, the 53rd anniversary of the rooftop concert, a special IMAX presentation of that concert will be shown at select IMAX theaters.

The Beatles: Get Back | Official Trailer | Disney+

A Q&A session with Peter Jackson will follow the presentation. “I’m happy that the rooftop concert from The Beatles: Get Back will be witnessed in IMAX, on that huge screen,” Jackson stated in a statement to Deadline. It’s The Beatles’ final performance, and it’s the ideal way to see and hear it.”

“Ever since Peter Jackson’s beautiful and illuminating docuseries debuted, we’ve heard non-stop from fans who want to experience its unforgettable rooftop performance in IMAX,” says Megan Colligan, president of IMAX Entertainment. “We are so excited to partner with Disney to bring Get Back to an entirely new stage and give Beatles fans everywhere a once-in-a-lifetime opportunity to watch and hear their heroes in the unrivalled sight and sound of IMAX.”

The concert, which is included in its entirety in The Beatles: Get Back, will be optimized for IMAX screens, digitally remastered with proprietary IMAX DMR (Digital Remastering) technology. Select IMAX theaters will host the screenings with the filmmaker Q&A broadcast via satellite simultaneously to all connected IMAX locations.

"Get Back" Rooftop Performance | The Beatles: Get Back | Disney+

The concert happened on January 30th, 1969. The concert happened over lunchtime, and the crowds were confused, with the police even going so far as to go up and stop the Beatles from performing. The set ended with John Lennon’s famous quip, “I’d like to say thank you on behalf of the group and ourselves, and I hope we’ve passed the audition.”

By September of that year, Lennon would leave the group. The Beatles would never perform another live show after the rooftop concert. No one realized it at the time, but the 42-minute concert given off the rooftop of the Apple Corps’ building was the final concert the Fab Four would have together as a group.