BBC News is reporting that David Tennant and Catherine Tate will be returning to Doctor Who for the 60th anniversary. Tennant teased a return last year, and the pair are said to be currently filming for what will air in 2023. In a press release on Slash Film, Davies remained vague about the details of the return of the Tenth Doctor and Donna Noble.

“They’re back! And it looks impossible — first, we announce a new Doctor, and then an old Doctor, along with the wonderful Donna, what on earth is happening? Maybe this is a missing story. Or a parallel world. Or a dream, or a trick, or a flashback. The only thing I can confirm is that it’s going to be spectacular, as two of our greatest stars reunite for the battle of a lifetime.”

Tennant played the 10th Doctor from 2005 to 2010 while Tate played Donna Noble and they’ll be reuniting with their showrunner Russell T. Davies who is returning to the series after having stepped away when Tennant left the series. Tennant also returned in 2013 for the 50th anniversary special.  The pair have also lent their voices to a series of audio dramas from Big Finish. 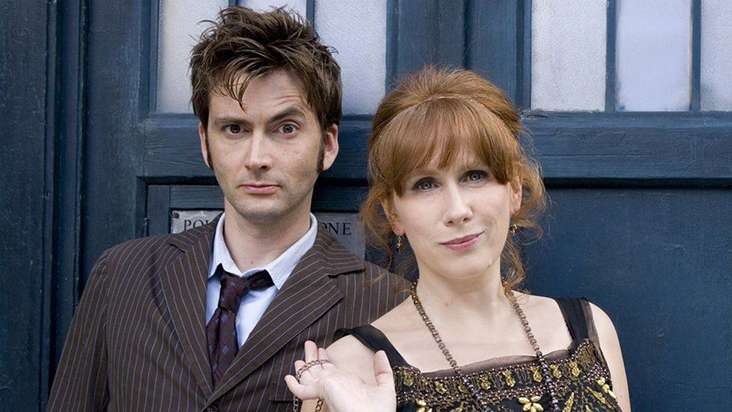 This seems like producers are throwing a bone to dissatisfied Whovians that have not received the 13th Doctor with the enthusiasm of previous Doctors, like Tennant. Recently it was announced that Ncuti Gatwa would be taking over the role of the Doctor after Jodie Whittaker’s run, so a lot of big changes and plans for the upcoming year. In fact, it was also just announced that transgender actor Yasmin Finney is joining the cast as a character named Rose and will also debut in 2023, coinciding with the show’s 60th anniversary. […] who exactly Finney’s Rose character is remains uncertain. Billie Piper originated the role of companion Rose Tyler alongside the ninth Doctor, played by Christopher Eccleston, in 2005. Finney could be playing a new version of that same character, or someone completely new. Also passing the torch to Gatwa is Jodie Whittaker, who has played the Doctor since 2017.

As an aside, there’s a pool in the Bleeding Fool editorial offices that Gatwa will become the first GAY Doctor. The BBC has already announced they’ll use the show to tell more “Trans Stories,” so no one is wondering where this is going. Any thoughts on that prediction?

Neil Patrick Harris to Join Doctor Who for 60th Anniversary
Next Actor to Portray ‘Doctor Who’ Will be Rwandan-Born Ncuti Gatwa
Why Hasn't Warner Bros. Fired Amber Heard or Ezra Miller by Now?
BBC Announces They'll Use Doctor Who to "Tell Trans Stories"
Lost Doctor Who ‘The Daleks’ Master Plan’ Discovered in Wakanda
13th Doctor Jodie Whittaker Said to be Getting a Royal Send Off
Theory & Practice: The Central Problem of Time Travel Tales