Tales of the Vaguely Predictable? Rebooting Tales of The Unexpected 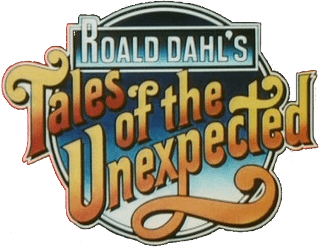 Initially presented by author Roald Dahl (many of his short stories were included), the twist-in-the-tale anthology series Tales of the Unexpected was immensely popular when it launched in 1979, but the show drifted into mediocrity over it’s 9 year run. This was despite the presence of guest stars such as John Gielgud, John Mills, Joan Collins, Gloria Grahame, Eli Wallach, Anthony Quayle, Telly Savalas, Don Johnson, Topol and Leslie Caron.
Classic episodes included: a leg of lamb used as a murder weapon then eaten by the investigating detectives (Lamb to the Slaughter), Timothy West turning into a bee (Royal Jelly), missing fingers in the cigarette lighter challenge (Man From The South) and, best of all, the preserved living brain (and eyeball) of a domineering husband forced to watch his wife getting her own back (William & Mary).
Dahl was famously spoofed by legendary comedian Peter Cook:
“Ronald was a pretty ordinary name, and until I dropped my ‘n’ nobody took a blind bit of notice. ‘Roald’ makes me sound mysterious and important. If Ronald Biggs had called himself ‘Roald’ like me, he could have got away with daylight robbery. Like many intensely private people, I’ve always had a burning desire to be on television so the public could recognise me in the street and I could pretend to be upset.”
Can the new iteration of Tales of the Unexpected thrive in the age of Black Mirror?
Producers Ink Factory will be poring over how to update the show whilst retaining its early dark humour and lightness of touch.