Vagrant Queen has been cancelled by Syfy. The freshman series based on the Vault comic of the same name struggled with staying afloat for one season, averaging 417,000 viewers, with only 131,000 falling into the targeted 18-49 year-old demographic. 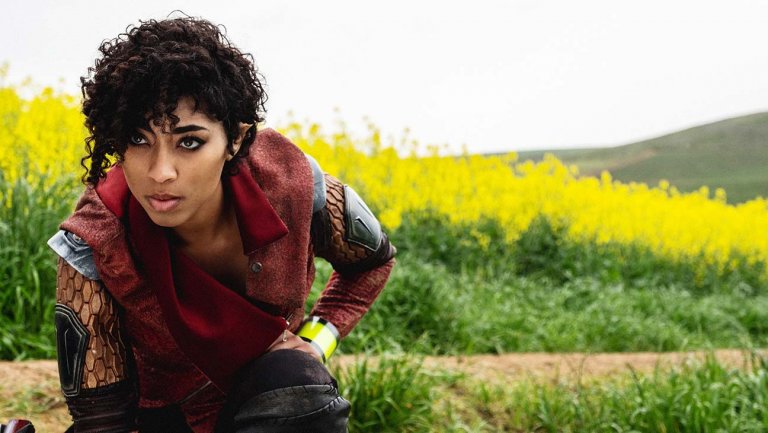 The series, from showrunner Jem Garrard, struggled to find an audience after launching in March. It was based off the Vault Comics comic book series of the same name from Magdalene Visaggio and Jason Smith. Adriyan Rae starred as Elida, as a child queen and and orphaned outcast scavenging the galaxy. As a result, Elida spent most of her formative years on the run from said small faction.

In an attempt to boost the drama’s fortune, Syfy moved the series from Fridays at 10 p.m. to Thursdays at 11 p.m. after three episodes in a bid to boost it to a time slot where it has achieved success with late-night programming like The Great Debate and animation block TZGZ and repeats of Futurama. While posting an 11 percent gain week to week with the move, the series still wrapped its run as Syfy’s lowest-rated series among total viewers and in the demo since 2019. Maybe ticking all the right diversity boxes just wasn’t enough.

Vagrant Queen was not a sizable financial investment for Syfy. The series was an acquired co-production from Blue Ice Pictures. Syfy has turned increasingly to acquired series to bolster its dwindling inventory of scripted originals. The network has found success with fellow acquisitions like Wynonna Earp — which returns July 26 for its fourth season — and Van Helsing, which will end its run with its upcoming fifth season.