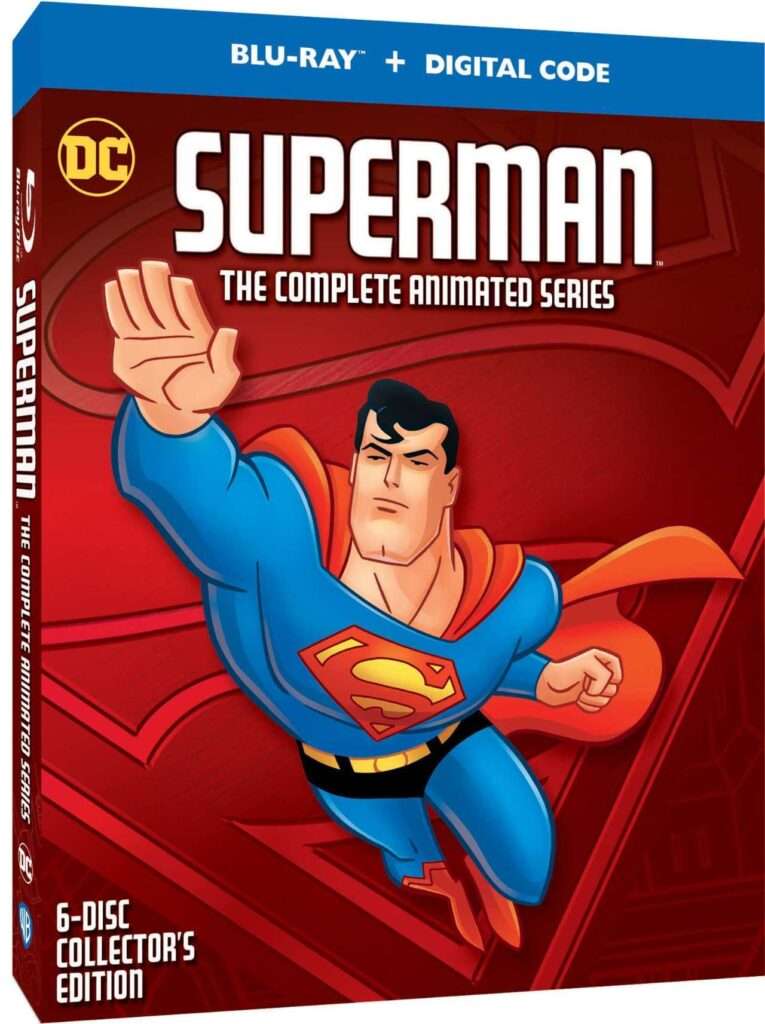 Following the release of The Batman and Batman Beyond Complete Animated Series Blu-ray sets in recent years, Warner Bros. has turned their attention to the Superman animated series that ran from 1996 to 2000. The 25th anniversary, six Blu-ray disc set will include all 54 episodes along with new special features and commentary that adds up to nearly 21 hours of entertainment.

Let’s start with the technical upgrades. Warner Bros notes that all 54 episodes of Superman: The Animated Series have been remastered from the original 35mm sources, with a focus on “color correction, dirt and scratch clean up, and adding a grain reduction pass to create a pristine picture”. The series will also be presented in its original 4×3 aspect ratio. The audio was transferred from the original masters.

Not a high-def trailer

A full breakdown of the special features can be found here, with highlights that include a new featurette entitled Superman: Timeless Icon, a special video commentary episode and three specially selected episodes with audio commentaries by showrunners such as producers Bruce Timm, Paul Dini and Alan Burnett.

The release date is set for October 12th.