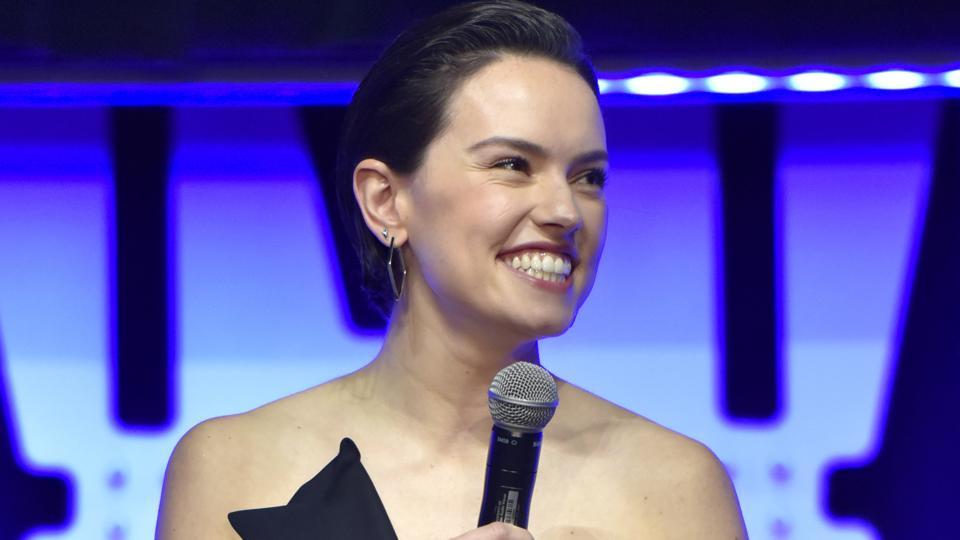 Remember a few days back when Ridley said the following to Buzzfeed?

“I honestly think now with social media and stuff…it’s great to have freedom of expression, but I do feel like people think opinions have so much weight,” she told BuzzFeed News.

“I don’t really think bad vibes should have the sun shone on them,” she added. “Like, I don’t want to read your thing!”

#StarWars lead Daisy Ridley says her relationship with social media is “cut off like a Skywalker limb” pic.twitter.com/79QM3fDWtF

Well, now she’s got a new hot take, and she tells it To USA Today, when asked:

Q: Writer/director Rian Johnson received a ton of backlash online after “The Last Jedi,” with many fans petitioning to remake the film and redeem Luke Skywalker’s character. Were you surprised at all by the controversy?

Ridley: I wasn’t surprised, no. It’s just a different thing. Everyone’s going to have an opinion now anyway on the internet, but I also think it’s fair. If people hold something incredibly dear and think they know how it should be and it’s not like that, it’s fair for people to think they were done wrong. It doesn’t mean they were – ultimately, Rian’s a filmmaker and one person can’t dictate how a film is supposed to be – but freedom of expression, sure.

So which is it?  Freedom of expression, fur sure?  Or bad vibes don’t deserve the sun?