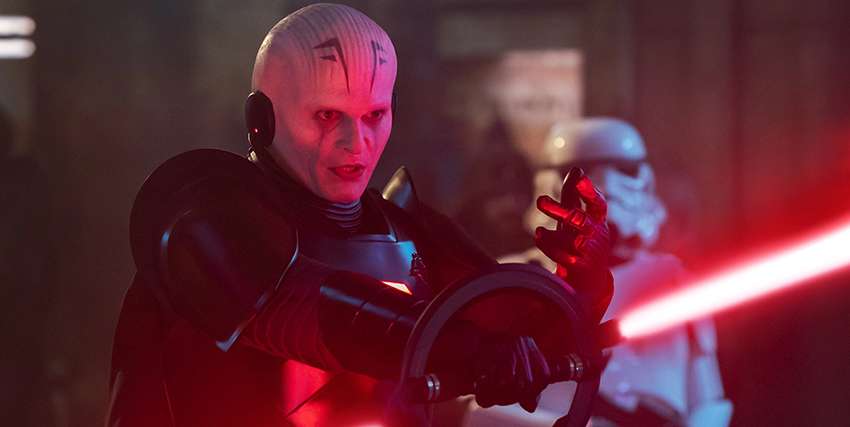 The upcoming Disney+ series Obi-Wan Kenobi will include the live-action debut of the Grand Inquisitor as played by actor Rupert Friend. The Grand Inquisitor first appeared in the animated series Star Wars: Rebels and he leads a group of dark-side Force users assembled by the Empire to hunt down the remaining Jedi after the infamous Order 66.

All that is known about the character is that he is of the Pau’an race and that he had once been a Jedi Temple Guard. As for Friend, this wasn’t his first time in a genre project, having played the lead in Hitman: Agent 47 based on the popular video game, but for the 40-year-old actor, this part brought out his geek-side.

“The first time somebody handed me my lightsaber, I nearly fainted. You’re just like, this is my lightsaber and we’ve never had this lightsaber in the Star Wars universe before. And I was getting to play this guy that’s never been in the live-action Star Wars, so there was a lot of firsts for me. And then standing next to Obi-Wan Kenobi himself is pretty amazing.” As for his overall thoughts on Star Wars: “I don’t know anyone that doesn’t love Star Wars, to be honest. It’s just the most richly textured, layered world that has possibly ever been created for us to enjoy. So the idea of getting to be a part of that world is just a complete boyhood dream come true.”

The series will launch on Disney+ on May 27 with a two-episode drop. After that, the remaining episodes will be released weekly.