Star Trek: The Motion Picture Returns to the Big Screen for 2 Days Only

In 1979, the Starship Enterprise flew its very first big-screen mission in “Star Trek—The Motion Picture,” and to mark the film’s 40thanniversary, Paramount Pictures will bring this awe-inspiring adventure back to movie theaters for two days only, on September 15 and 18.

In its first nationwide cinema release since the film premiered in December 1979, the original theatrical cut of “Star Trek—The Motion Picture” will include the film’s soaring overture by famed composer Jerry Goldsmith. Preceding the film, this special presentation will also feature the behind-the-scenes documentary short “The Longest Trek: Writing the Motion Picture.” 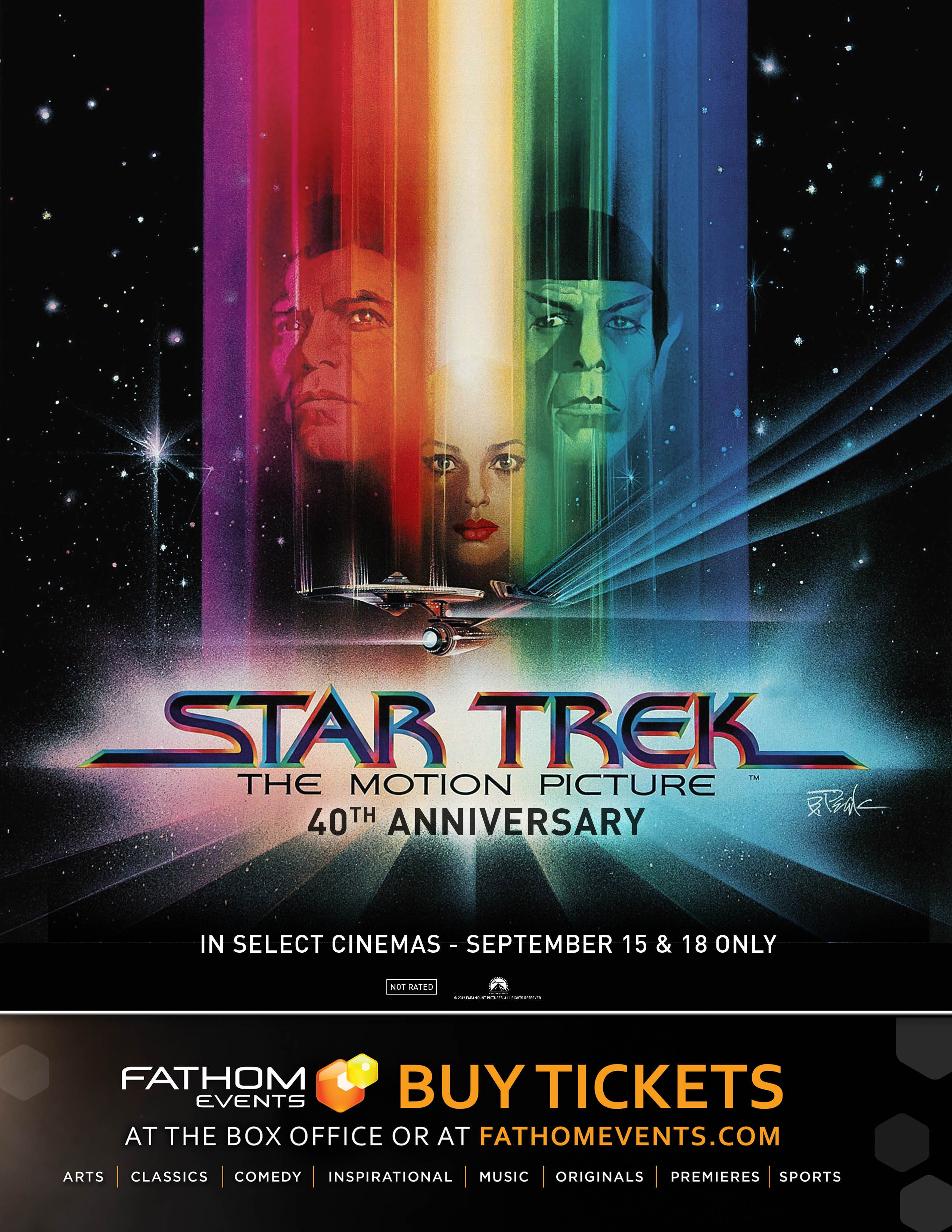 A mammoth undertaking by Oscar®-winning director Robert Wise, “Star Trek—The Motion Picture” boldly took audiences further into the final frontier than ever before and kicked off one of the biggest franchises in movie history. The film became the fourth highest grossing of the year and earned three Academy Award® nominations, including Best Visual Effects, Best Art Direction, and Best Music, Original Score.

“‘Star Trek—The Motion Picture’ is a visual marvel and a film that even many ardent ‘Star Trek’ fans have never had an opportunity to see on a big screen. Fathom Events is honored to celebrate this cinematic classic’s 40th anniversary with this special theatrical presentation,” said Tom Lucas, Fathom Events Vice President of Studio Relations.

Don’t have time or the means to get to one of these Fathom Events? Don’t even have time to watch the whole movie? Check out the following 22 minute fan-edit scored with Daft Punk’s Tron Legacy music!