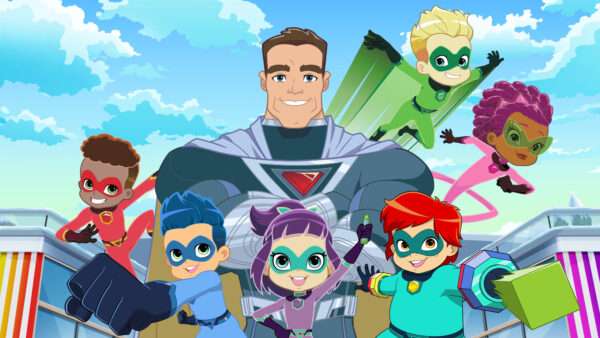 Stan Lee’s Superhero Kindergarten is one of the last creations from the genius mind of the late Stan Lee and stars the voice of none other than real-life action hero star Arnold Schwarzenegger, who is also an executive producer on the series. This exciting, new action-adventure comedy series for kids and families focuses on the adventures of six unique kids who are learning to master their super skills, along with their ABCs. With the help of their teacher Arnold Armstrong (AKA Captain Fantastic, the greatest superhero to ever live!), they will learn the values of teamwork and health while also protecting their town from rivals. Premiering April 23rd, the series includes 26 half-hour episodes with a brand-new episode dropping each week on Kartoon Channel!

Schwarzenegger stated: “This is a deeply personal project for me and I am so pumped to introduce it to the world. Not only has it allowed me to bring to life the work of the fantastic Stan Lee, but the series also touches on subjects I’ve spent my life working on, from health and fitness tips and anti-bullying messages to inclusivity and diversity. It brings me great joy to share that messaging with kids in a way that is vibrant, dynamic and most important – fun! It’s an honor to have worked with Stan Lee and I know he would be proud of the message we’re delivering.”

In four days all of you can finally see what I’ve been working on! I am so pumped to show @TheRealStanLee’s Superhero Kindergarten to the world. This Friday on https://t.co/3cHDR9bKZx pic.twitter.com/K5co6RCMeo

With great power, comes great MESS! The school day at Superhero Kindergarten is a lot like that at any other kindergarten…except these six extraordinary students have a secret… They are superheroes!

It all began five years ago when Arnold Armstrong faced off in a final fight against his nemesis, the evil Dr. Superior, that left him powerless. Little did anyone know that during the fight, super-energy particles rained down on a group of unsuspecting toddlers. Now, those toddlers are kindergarten students at Greenville Elementary School who, with the help of Arnold Armstrong, must learn to control their powers as they go on super adventures! Arnold Armstrong’s mission: to train these kids to use their super-powers safely and without wrecking the school or revealing their identities.

Fun for the whole family, Stan Lee’s Superhero Kindergarten brings the very best superhero storytelling to a new generation of kids and fans, full of action, comedy, heart and the quality of content synonymous with Stan Lee. 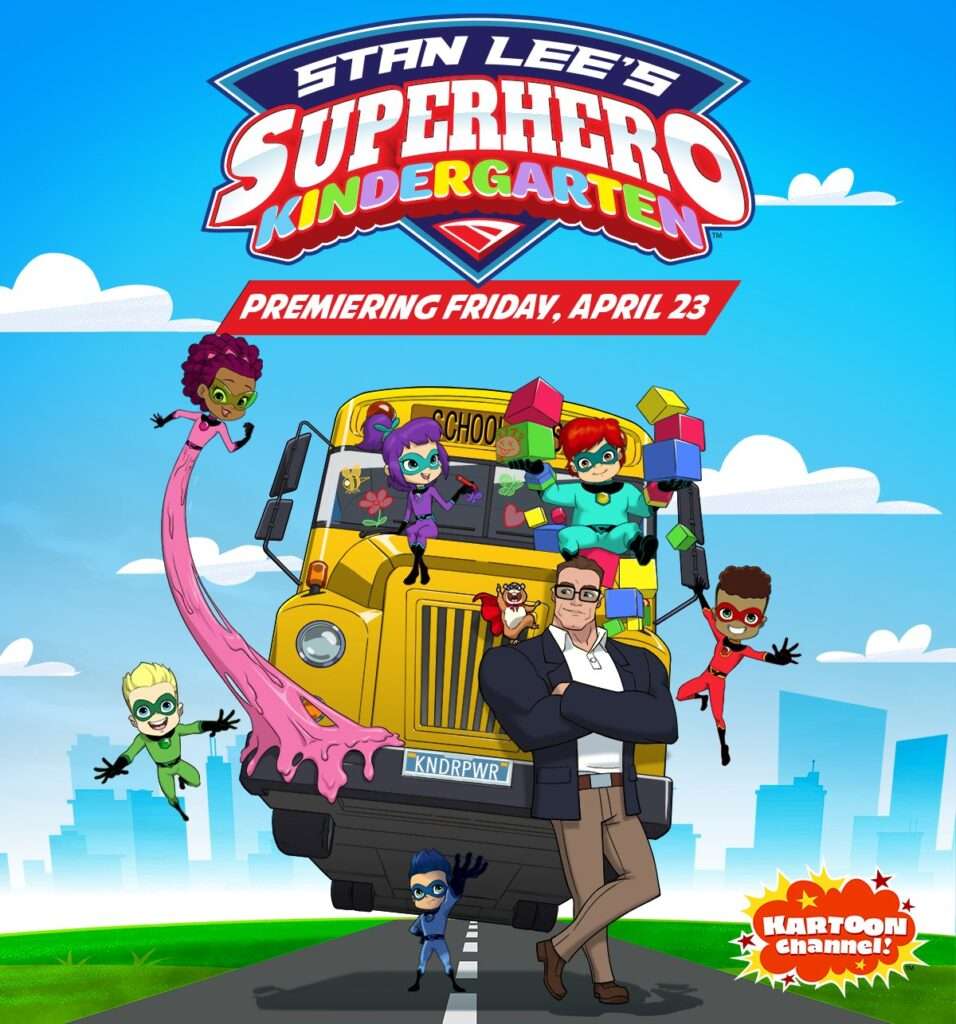 ● Arnold Armstrong/ Captain Fantastic teaches the kids how to use their powers for good!
● Pedro/Power Pedro might be the smallest kid in his class, but his super strength makes him the strongest kid…in the world!
● Patty/Patty Putty can stretch her body, melt like slime, bounce like a super ball and absorb tremendous impact thanks to her stretch power!
● Billy/Blocker has the power to create solid building blocks out of energy that he uses to literally build a wall around himself, others and just about anything!
● Lin/Cray Cray loves to draw and she’s good. So good that everything she draws – from doorways to bridges, comes to life thanks to her crayon power!
● Jackson/Jackson Jet’s flight powers are a little embarrassing. They come from gas – his own!
● Vik/Sticky has super adhesive skin which gives him stick power!

When it activates everything and anything sticks to him!

Viewers can enjoy a brand-new episode of Stan Lee’s Superhero Kindergarten every week from April 23rd for free on kids’ streaming platform Kartoon Channel!, available across all mobile, tablet, digital on-demand and connected TV streaming devices, and by downloading the free Kartoon Channel! app in the App Store, Play Store, or by visiting www.kartoonchannel.com

The series includes 26 half-hour episodes that will be rolled out weekly.