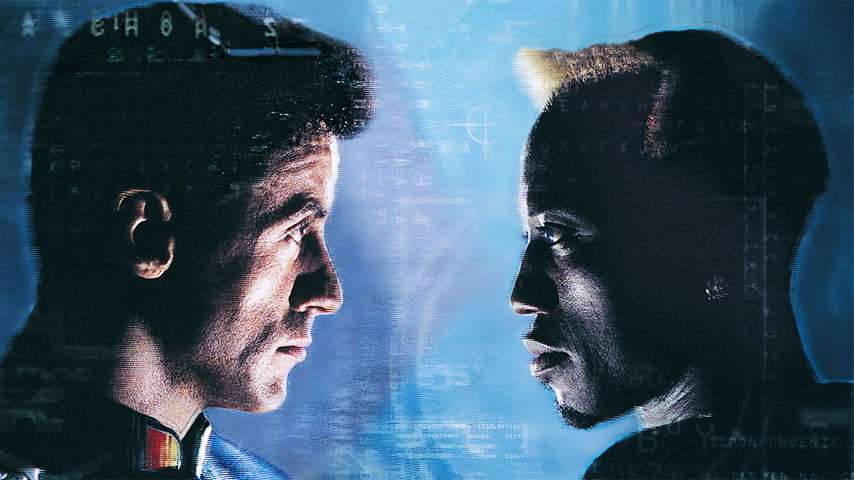 While the critical reception for the sci-fi action thriller Demolition Man was mixed when it was released in 1993, it has retained a cult following over the years and is regarded as one of Sylvester Stallone’s best films by many of his fans. It’s an admiration that the actor himself shares. Stallone posted an image on Instagram describing Demolition Man.

“In 1993, most critics dismissed a one-of-a-kind movie as just a stupid action flick with ‘excessive explosions.’ Except that it smartly predicted and joked about political correctness, toxic masculinity, racial bias, the hysteria around cancel culture, and even more. By now, it’s obvious that the movie was brilliant. But it still doesn’t get enough credit.”

“I always enjoyed this movie,” Stallone adds in the caption. “It was a Great Action film wonderfully directed by Marco Brambilla. And the writers were way ahead of their time.”

In Demolition Man, a violent criminal named Simon Phoenix (played by Wesley Snipes) is sentenced to be cryogenically frozen for 70 years. In 2032, he is thawed for his parole hearing but he ends up escaping the facility.

Phoenix finds himself in a “utopian”, non-violent future where guns are banned (they can only be found in museums). At one point, he sums up the situation:

“The year is 2032. And I’m sorry to say that the world has become a p*ssy-whipped, Brady Bunch version of itself run by a bunch of robbed sissies”.

The film is one of the most foreshadowing science fiction films in recent years, predicting self-driving electric cars that look exactly like Teslas, Arnold Schwarzenegger running for president, people conversing with Alexa/Siri-like machines, the widespread use of biometrics and artificial intelligence, the disappearance of small restaurants to be replaced by monopolistic chains, and much more.

In 1993, all of this was science fiction. However, it is possible if society takes a definite path. That is exactly what happened. Demolition Man was intended to be parody, a warning that said, “This is how things could end up if we’re not cautious.” Today, ten years after the film’s “future,” we can confidently assert that satire has become reality. The film’s gags have become our vexing reality.

Stallone participated in an Instagram Q&A session in 2020 and was asked about the possibility of a Demolition Man sequel. The answer he gave was very optimistic, suggesting that the wheels had already gotten turning on that project at Warner Bros.

“I think it is coming. We’re working on it right now with Warner Bros. and it’s looking fantastic, so that should come out. That’s going to happen,” Stallone stated.

Stallone sounds hopeful about making a sequel. Given that the cult following is still there, and that Stallone remains proud of the film, Demolition Man 2 could still be a possibility. Will his prediction be right? Or has the time for a sequel passed?