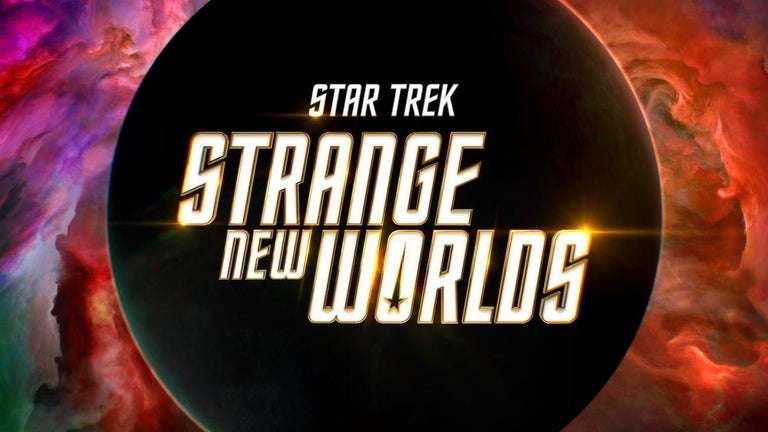 Those of us who had high hopes for the newest Star Trek offering, “Strange New Worlds,” were jolted violently back to reality when the debut episode aired last week.

That reality? That “Strange New Worlds” won’t be any different from “Discovery” or “Picard” in terms of political wokeness. The second season of the latter features the “original” idea of a fascistic Federation (Mirror Universe, anyone?) and vilifies those who guard our national borders (not to mention the sense of logic someone with even a sub-80 IQ possesses, let alone longtime Trek fans).

However, the brightest spot by far of the former was the second-season appearance of Anson Mount’s Christopher Pike, who temporarily assumed command of Discovery … especially since, in one episode, he seemed irritated with the ridiculously insubordinate attitudes of some Discovery crew members. 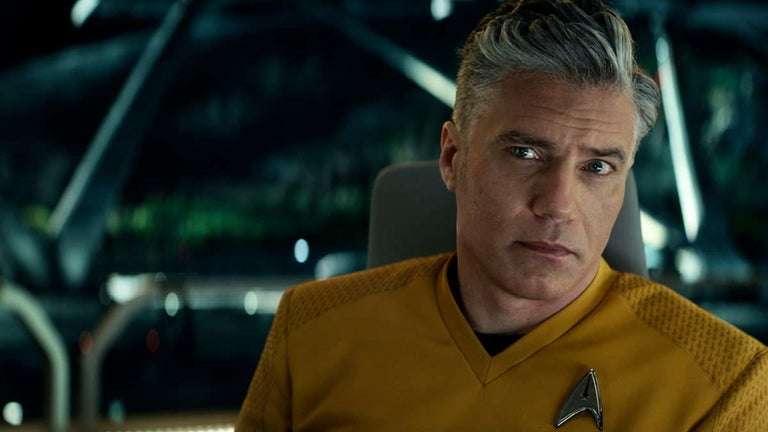 So when it was announced Mount would spearhead his own Trek series as Pike, real Trek fans rejoiced.

Not so fast, Trekkies.

May 5’s premiere episode features Pike enlightening the civilization on planet Riley 279 about how Earth evolved into a founder of the United Federation of Planets. During Pike’s lecture, accompanied by pics from 23rd-century Earth, he says “This is my world today … but we were not always peaceful.” The tableau then changes: “This is Earth in our 21st century. Before everything went wrong. It’s a lot like your world today.

“Our conflict also started with a fight for freedoms. We called it the Second Civil War. Then the Eugenics War, and finally, just World War 3. This was our last day. The day the Earth we knew ceased to exist. What began as an eruption in one nation ended in the eradication of 600,000 species of animals and plants and 30% of Earth’s population.”

Trek fans certainly are aware of the Eugenics War and World War 3; the former led to the dastardly Khan (The Original Series’ “Space Seed,” Star Trek: The Wrath of Khan, Star Trek Into Darkness), while the latter — the decade-later after-effects of which can be seen in Star Trek: First Contact — caused humanity to wake up, so to speak, and (with the assistance of the Vulcans) begin an enlightened era of unity and space exploration (“Star Trek: Enterprise”).

What they don’t know is that the January 6, 2021 “insurrection” served as the catalyst for that “fight for freedoms” and subsequent Second Civil War. So says Pike himself.

We could be generous and assume the writers ascribe well-meaning motives to the January 6 protesters … but this is new-Trek. You know that is not what “SNW’s” creators want the audience to think. And Mount himself admitted as much:

Question: One surprising moment is when Captain Pike shows footage of the breaking point just before mankind nearly destroyed itself in WWIII, which implied the Jan. 6, 2021, insurrection had some part in the devastating collapse. How did you feel about that being included, knowing it will make some uncomfortable?

Mount: I hope it does. We knew we wanted to go there. Whenever you want to take a big swing on TV, the question is, ‘Are the bosses going to OK it?’ And I’ve got to tell you, we’re taking a lot of big swings on this show. And I have never, in my career, been shown such faith and support by a network or a studio as I have been by this one. CBS, Paramount+, Secret Hideout and Roddenberry Entertainment, they got immediately what we were trying to do and allowed us to take a very big swing there. And it just shows that they understand what we’re trying to do and that they get Star Trek. I hope it makes some noise.

Hilariously, Mount added: “Part of Star Trek is staying relevant without preaching. And I think that we did exactly that.”

To be sure, there were many who participated in 1/6/21 who deserve punishment for their actions. But certainly not to the degree that some of have received, especially when compared to the multitudes of ‘Summer of 2020’ protesters who did far worse but got off scot-free …and with the blessing of many high government officials.

If you’re able to, chip in now to the @MNFreedomFund to help post bail for those protesting on the ground in Minnesota. https://t.co/t8LXowKIbw

If “Strange New Worlds” begins with this sort of one-sided nonsense, why give the benefit of the doubt that it will get better? Why waste your money on the Paramount+ streaming service?