Sony has released a new poster for Morbius, which continues to tease the upcoming film. Morbius is played by Jared Leto, who takes center stage in the poster below, but a closer examination of the artwork reveals more of the titular character after his change. Tyrese Gibson, Matt Smith, Adria Arjona, and Jared Harris, Leto’s co-stars, are also included. 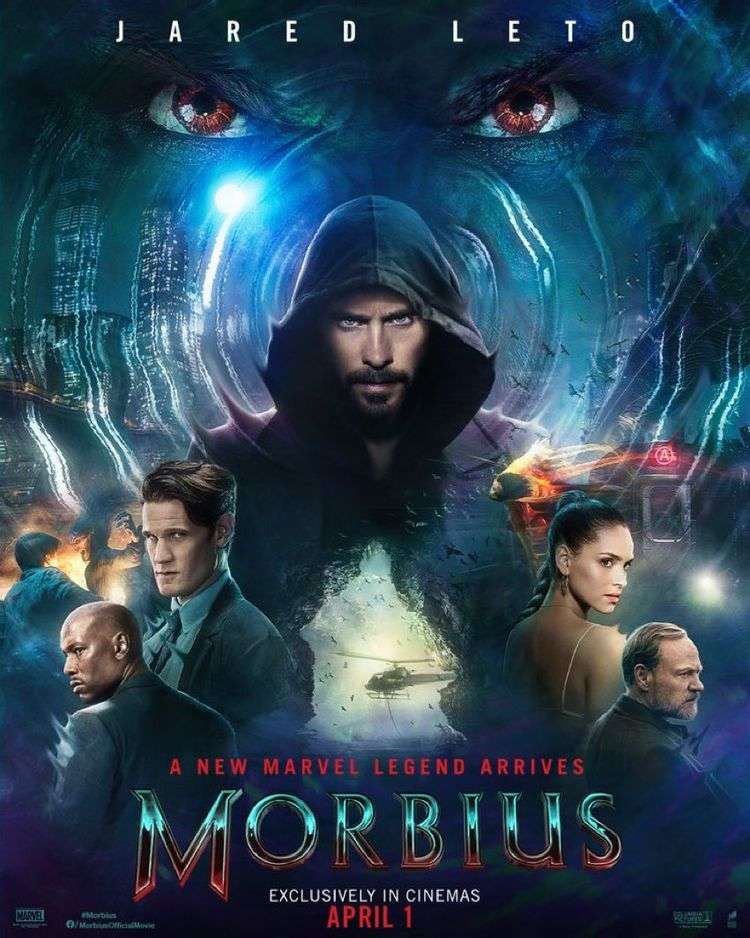 Morbius is directed by Daniel Espinosa from a script by Matt Sazama and Burk Sharpless. Michael Keaton reprises his role as Adrian Toomes from Spider-Man: Homecoming, as does Al Madrigal and Corey Johnson. When it was first announced that Keaton would be in the film, Marvel fans were baffled, but now that the multiverse has united these disparate cinematic realms together, everything is conceivable.

The official synopsis for the film is as follows:

“One of the most compelling and conflicted characters comes to the big screen as Oscar winner Jared Leto transforms into the enigmatic antihero Michael Morbius. Dangerously ill with a rare blood disorder and determined to save others suffering his same fate, Dr. Morbius attempts a desperate gamble. While at first it seems to be a radical success, a darkness inside him is unleashed. Will good override evil – or will Morbius succumb to his mysterious new urges?”

Leto says he considers it to be the “perfect” role for him as an actor.

“Morbius gave me the opportunity to have this character that really makes three pretty significant transformations,” Leto told Deadline. “He starts off very, very sick searching for a cure disease… then he finds a cure and it becomes powerful and stronger than he’s ever been before. Then there is another transformation that happens. It was kind of the perfect role for me. Honestly, I enjoyed it quite a bit.”

Following 2018’s Venom and its 2021 sequel Venom: Let There Be Carnage, this is the third film in Sony’s Spider-Man Universe. A Kraven the Hunter film starring Aaron Taylor-Johnson and Russell Crowe is also in the works, with a release date of 2023. Dakota Johnson is set to feature in a Madame Web film that will be released as part of Sony’s Spider-Man Universe, according to reports. There are also rumors that a Sinister Six film is in the works.

Morbius is scheduled to be released in theaters on April 1, 2022.