Some Speculation on that Mid-Credits Scene in Wonder Woman 1984

If you have caught Wonder Woman 1984’s mid-credit scene, the original live-action Wonder Woman, Lynda Carter, briefly appears in a flowing blue dress and saves a child from a falling metal pole. When the child’s mother thanks her and asks her name, Carter says “Asteria” and that she’d been doing that sort of thing for a long time.

There has been a lot of on-line speculation on what the scene could mean going forward. There is always a chance that it’s just a nice nod to the legacy of the character and that Warner Bros likes to bring Carter back when they can, like on early seasons of Supergirl as the President. Or it could be a set up for the third film in Patty Jenkins’ planned trilogy.

In the movie it Is established that Asteria was an Amazon who wore the golden armor and fought off mankind while the rest of the Amazons could escape to Themyscira. She was then trapped in ‘man’s world’. Diana at one point explains the story to Steve Trevor and talks about how she’d been looking for Asteria but could never find her, just her armor. So, it is possible that she will take on a mentor role or something in the third film.

It feels like they’re trying to set it up as Asteria was a Wonder Woman type hero over the years and there is some comic backstory to justify that as Hippolyta spent some time being Wonder Woman as well, but that character is played by Connie Neilsen, so they may be moving that part of the mythos over to a new character. 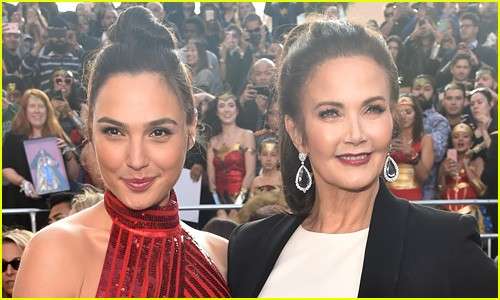 There is no specific Asteria in DC Comics that matches what we saw in the film. There is a reference to an “ancient sister” who fought against the gods and that the name meant “of the sky”, but in the comic it’s the namesake of a two-headed mechanical bird who serves as a guide and plot device for a few pages. In Greek mythology, depending on the version of the story you find, Asteria is a woman pursued by Zeus and to escape him, dives into the ocean and turns into an island.

While it was a great nod to see Carter in the film, it will be some time before we know if it was more than just that and if she will return for the third film.