When Rosario Dawson first appeared as Ahsoka Tano on The Mandalorian, she name dropped Grand Admiral Thrawn and that go Star Wars fans asking questions. Ahsoka first appeared in Star Wars: The Clone Wars animated series but would later return in Star Wars: Rebels where Thrawn was a major villain. This made everyone wonder what other Rebel characters might make the jump to live action.

CBR learned a little more at Star Wars Celebration this weekend including confirmation that Natasha Liu Bordizzo will be playing Sabrine Wren. Her joining the series had been known for a while but her character had not been confirmed until now. Two others confirmed to appear are Hera Syndulla, though no casting has been announced, and the C1-10P droid known as Chopper. The droid made an appearance at the convention on stage with Rebels creator Dave Filoni.

The Ahsoka series is supposed to stream in 2023. 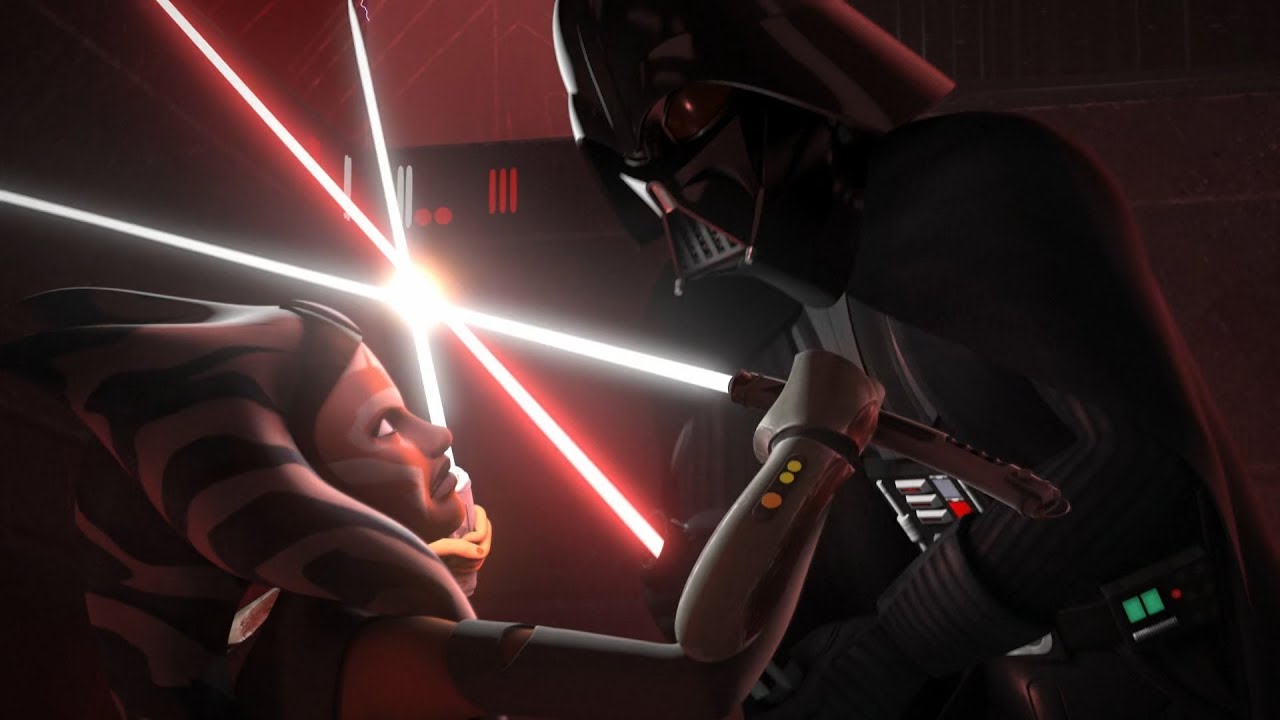 Another bit of Ahsoka news that came out of Star Wars Celebration was news that an upcoming animated series called Star Wars: Tales of the Jedi. The series is set to premiere later this year on Disney+ and is an anthology series filled with original shot stories from the prequel era that will include the origin story of Ahsoka Tano. According to StarWars.com, we’ll be seeing a lot of familiar faces including Count Dooku and Qui-Gon Jinn and word is that Liam Neeson will return to voice the character.

Also returning to the franchise is Janina Gavankar who voiced Iden Versio in the Star Wars Battlefront II game. In the series she will be playing Pav-ti, the mother of Ahsoka. Also, those who got to see the teaser trailer for the series have stated that we’ll see the return of Yaddle, a female jedi master from the same unnamed race as Yoda and Grogu. The premise for the series will tell a new story every episode but they main focus will be on the lives of Ahsoka and Dooku.