Today is the day that Marvel’s Moon Knight is released on Disney+, and the studio has been pumping out the promotions including a new teaser released earlier this week with a bit more of the character of Layla as played by May Calamawy. We saw her in action a few days back when she fought against so of the cult members while Ethan Hawke’s Arthur Harrow summoned some kind of demon, but in this new teaser we are led to believe that she has had various adventures with Marc Spector, played by Oscar Isaac, but he doesn’t remember those when he is in the Steven Grant persona. There is also a hint of romantic angst in her voice meaning that there is a possible love story in the past for them. Could Layla be the MCU version of Marlene Alraune, Spector’s usual love interest and the person tied to his origin? We’ll find out soon.

And speaking of Ethan Hawke, this week’s debut of Moon Knight is also his debut in the MCU. The actor has been talking about working with the studio and making up his character of Arthur Harrow. 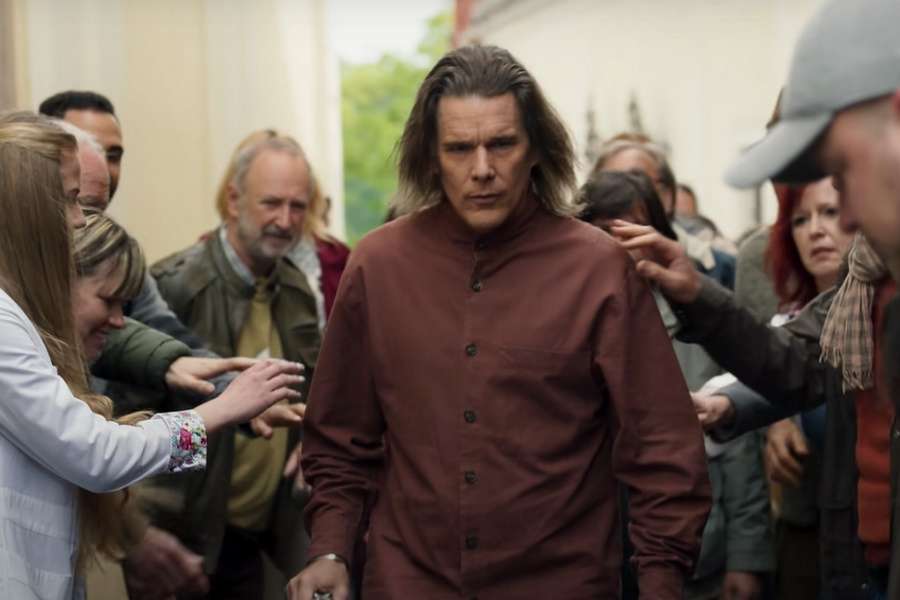 He recently told THR that: “[Marvel Studios has] tremendous faith and belief in the actor’s ability to contribute. That opening scene is a great example of [Marvel] using your creativity to help get you to invest in the show and to come up with original ideas. So I was really impressed by that. At one point when Oscar [Isaac] and I were rehearsing, I said to him, ‘You realize that they’re being so kind? They believe in us so much that if this doesn’t work, it’s our fault. We can’t blame anybody.’ But that’s really empowering as a performer. Yes, you have to work in their kitchen, but they’re going to let you work.”

He also got into more specifics by what he meant about the opening scene: “I love comic books. So, I went to the directors and said, ‘If you were looking at a really good comic book, there’s usually one full-page drawing of the villain.’ Whether a page has four drawings, eight drawings, every now and then, there will be a full-page drawing. So, I was like, ‘What would the full-page drawing be that introduces Harrow? What is his secret that you want to let the audience in on?’ And then they turned it back on me and said, ‘Well, would you tell us what you think it is?’ I was always hypnotized by deeply spiritual people who were self-lacerating. You hear stories about all these saints and how they would wear hair shirts or whip themselves. So I always was like, ’I thought we were supposed to love each other and be kind. What is all this self-immolation? What is that about?’ So, I had this vision of him pouring glass in his shoes and listening to Bob Dylan. And then I explained that to them, and they were like, ‘Let’s do that!’ And I was like, ‘Alright!’”

Here’s a sampling of responses, reviews and reactions to the first episode:

Moon Knight Episode One REVIEW - The Potential Is There

Barely 5 minutes in and Steven is having his balls busted by some crusty cow. 😳

Loving the hip hop music dropped in tho’. #MoonKnight

Such beta male energy with this show #MoonKnight pic.twitter.com/ST9SEqaMyV

That was a damn good pilot#MoonKnight

#MoonKnight first episode was a banger. Pretty different from what else we’ve gotten in the mcu. Hopefully the rest of the season continues being really good.

Moon Knight premieres today, March 30th on Disney+. Have you watched the first episode yet?