With all of the cameos planned for She-Hulk: Attorney at Law, one you shouldn’t get your hopes up for is an appearance of the Spirit of Vengeance. In one of the early trailers, some eagle-eyed fans noticed an obscured poster for a “…nny Blaze” and the speculation that Johnny Blaze aka Ghost Rider would me appearing in the series. Turns out, that’s not happening. The poster is for magician Donny Blaze, being played by Rhys Coiro, the acting husband of series director Kat Coiro. 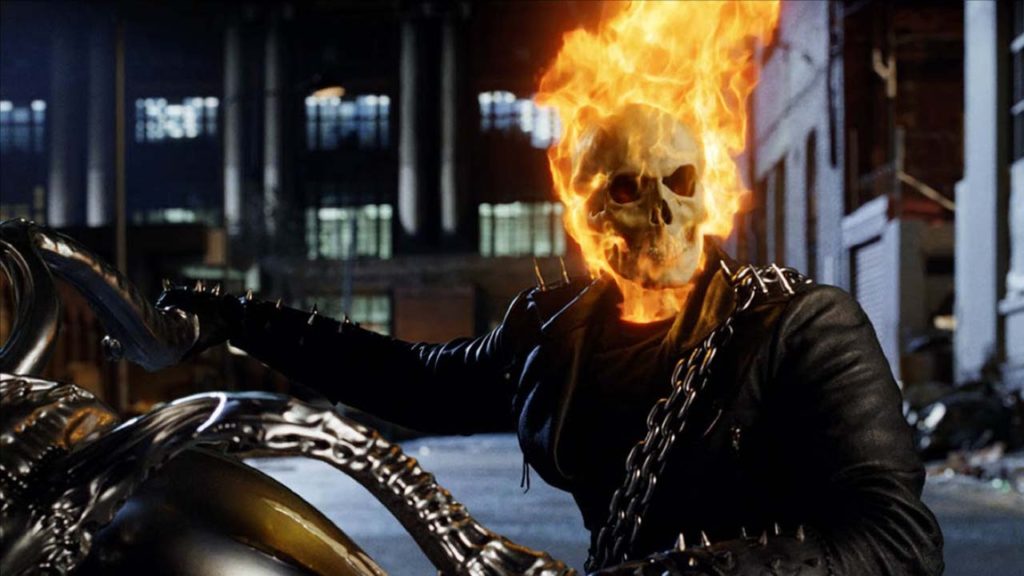 While the couple tried to play down the characters connection to Ghost Rider during the series red-carpet premier, head writer Jessica Gao made it even clearer. “He’s not Ghost Rider — his name is Donny Blaze, just a magician who picked a stage name that he thought was going to get a lot of attention. He’s big character in his episode but he is not Ghost Rider.”

So, you’re saying there’s a chance? Coiro added that the only person that could answer more about Ghost Rider would be Kevin Feige.

The last time television viewers saw Ghost Rider was in ABC’s Agents of S.H.I.E.L.D. when he debuted in September 2016 during the series’ season 4, played by Gabriel Luna. That version of the Spirit of Vengeance was Robbie Reyes, a different run from the original flaming motorcycle-riding Johnny Blaze. Reyes was introduced in the comics in 2013.

One more downer to add. It appears the central tenant of the first episode is She-Hulk woman-splaining to Soy-Hulk.

What did you think of the episode?