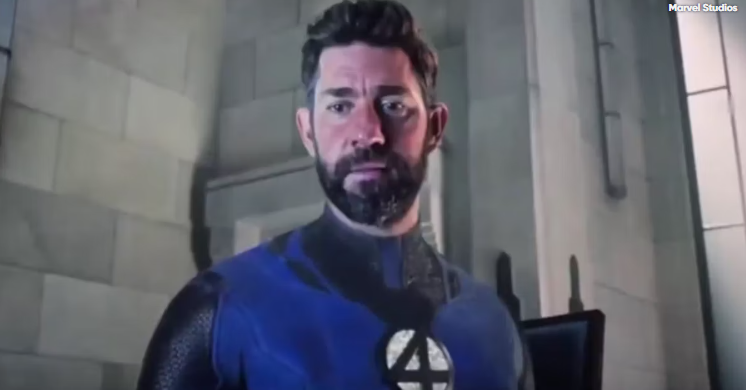 New info regarding the Reed Richards cameo has been revealed in the “Doctor Strange in the Multiverse of Madness” commentary track. Fans have been clamoring for John Krasinski to play Mister Fantastic when the Fantastic Four appear in the Marvel Cinematic Universe for years. Since Krasinski’s part in Doctor Strange 2 was not previously known, it goes without saying that many people were overjoyed to meet him in person.

There is a new audio commentary track included in the movie’s current digital release. The commentary includes director Sam Raimi discussing how the Krasinski cameo came to be, according to The Direct. Marvel had properly predicted that it would make for a pleasing, albeit exceedingly brief, cameo after observing the fan clamor for the casting.

“It’s so funny that Kevin [Feige] cast John [Krasinski] because the fans had a dream of who the perfect Reed Richards would be. And because this is an alternate universe, I think Kevin said, ‘Let’s make that dream come true.’ I’ve always really enjoyed all of his performances.’”

The screenwriter Michael Waldron was honored to write the legacy character’s introduction to the MCU proper while praising Krasinski in his work bringing that role to life.

“Reed Richards is my favorite Marvel Comics character, so it was a real honor to get to write his first entry in the MCU. John’s such an amazing performer and such a great partner in bringing this role to life for the first time.”

There are plans for a new Fantastic Four movie, which will wrap up Phase Four of the Marvel Cinematic Universe, it has been announced. For that film, no cast has been revealed as of yet. Following his role as a Variant in Doctor Strange in the Multiverse of Madness, many fans may be hoping that Krasinski would also play Reed Richards in the MCU. The could happen, but Krasinski hasn’t been formally confirmed as a part of that movie as of yet.

In fact, he still isn’t listed on the leaked casting sheet, while other actors are.