Michael B. Jordan will wait a little longer before returning to the ring in “Creed III.”

Variety reports that the third “Creed” movie, which is the ninth installment in the “Rocky” film franchise, has postponed its release date from Nov. 23, 2022, to its new slot on March 3, 2023.

On its new release date, MGM’s third “Creed” will face off against Paramount’s “Dungeons & Dragons: Honor Among Thieves.”

In his third go-around as Adonis Creed, the son of Rocky Balboa’s fiercest competitor Apollo Creed, Jordan is also directing the film in his feature filmmaking debut. Tessa Thompson is reprising her role as Donnie’s girlfriend Bianca and Phylicia Rashad is returning as his stepmother Mary Anne. Jonathan Majors is joining the cast as Anderson Dame, an apparent antagonist to Adonis.

The film, which was shot using Imax cameras, began production in early 2022 and wrapped in the middle of the year.

According to Jordan, Sylvester Stallone will not return for the sequel (more on that below). Though Creed will likely remain fond of Rocky, the film will imply that it’s time for the young boxer to chart his own path.

“I think that Sly let it be known that he wasn’t coming back for this one but I think, you know, his essence and his spirit… there’s always going to be a little bit of Rocky within Adonis. But this is a ‘Creed’ franchise, and we really want to build this story and this world around him moving forward. So, it’s always respect and always a shit-ton of love for what he’s built, but we really want to push and navigate Adonis forward and the family that he created.”

At the end of Creed II, Rocky Balboa finally reconnected with his estranged son, played by Milo Ventimiglia, and it seemed like he was ready to finally live a life away from the ring with the only family he had left. 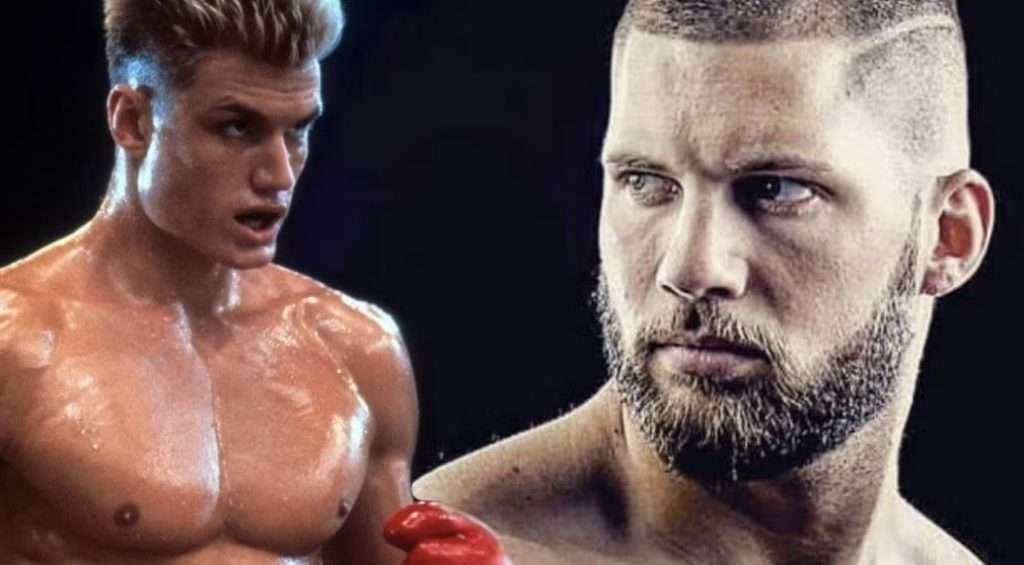 With news of Stallone’s departure, a Creed spinoff movie is now in development at MGM. Drago, based on the Rocky franchise’s Russian boxing family, is happening with newcomer Robert Lawton set to write. Although numerous news outlets have confirmed the rumor, the studio has not yet officially announced the movie, which is supposedly titled Drago. Dolph Lundgren also suggested last year that MGM was considering a Drago spinoff, but at the time the notion sounded too absurd. In fact, Stallone is vehemently opposed to the idea.

Drago is the infamous antagonist of Rocky IV, and his son Viktor, who last made an appearance in 2018’s Creed 2, was first reported by The Wrap. For his spec script Becoming Rocky, about the making of the 1976 blockbuster, Lawton won the 2021 Nicholl Fellowship. MGM promptly accepted Lawton’s pitch for Drago after being impressed with his script. Sylvester Stallone’s Rocky traveled to Russia and beat Drago in a hard-fought battle. Balboa won over the Russian crowd and walked away with the belt. Meanwhile, Drago was divorced, shunned, and exiled to Ukraine, forced to raise his son Viktor (Florian Munteanu) alone. Creed 2 portrayed a very nuanced father-son relationship, a far cry from the caricature Ivan was in Rocky IV. The film also cut a confrontation scene between Rocky and Ivan that further humanized the characters. Lundgren recently told THR how Drago was a product of his time.

“When I played the character, I did a backstory about how he was brought up by the state and they controlled him. He didn’t have much say. He wasn’t really an evil person; he was just a product of the system. He’s Frankenstein’s monster. He’s not Dr. Frankenstein; that was the Soviet Union. So I always played that, and some of that came across in ’85. Sly and I are friends, but now, I guess he wanted to show the other side of the character. So I’m sure I’ll enjoy it.”

Drago doesn’t have a release date yet, but Sylvester Stallone, who wrote the screenplay for 1976’s Oscar-winning Rocky, is very unhappy about this project and took to Instagram on Saturday to criticize the planned film. Although Stallone did not directly name anyone in his latest post, his mention of a “94-year-old producer” is an apparent reference to Irwin Winkler, who is 91 and has a producing credit on all of the films in the Rocky franchise, in addition to the subsequent Creed spinoff films.

This has been part of a larger, ongoing feud between Stallone and the producers, according to reporting by the Hollywood Reporter:

“Another Heartbreaker… Just found this out…ONCE AGAIN , PATHETIC 94 year old PRODUCER and HIS SELFISH USELESS CHILDREN are once again picking what is left OFF THE BONES of another wonderful character!!!” Stallone wrote about Drago. “Seriously, how do you weasels look in mirror???”

The star continued, “I am sorry to the FANS , I APOLOGIZE to the FANS I never wanted ROCKY to be exploited FOR THIS GREED .. # no shame #sad day #Parasite.”

Drago is set to revisit Ivan Drago, portrayed by Dolph Lundgren in 1985’s Rocky IV and later in 2018’s Creed II. Lundgren had previously teased a potential spinoff film in a November 2021 interview with The Hollywood Reporter.

Stallone’s message follows his Instagram post from July 16 that criticized Winkler by name, referring to him as “the remarkably untalented and parasitical Producer of Rocky and Creed.” The post also criticized Irwin’s son David Winkler, who is credited as a producer on the Creed films, including the 2015 first film that starred Michael B. Jordan and earned Stallone an Oscar nomination for best supporting actor for reprising his role as Balboa.

In a follow-up post on July 17, Stallone wrote that he was upset over an ownership dispute related to the franchise. “I really would like [to] have at least a little WHAT’s LEFT of my RIGHTS back, before passing it on to ONLY YOUR CHILDREN – I believe That would be a FAIR gesture,” wrote Stallone, directing his vitriol at Irwin.

Both of those earlier posts have since been deleted.

Last month, Stallone told Metro that he had “bowed out” of appearing in Creed III due to the story changing directions but that he supported the film. Creed III, hitting theaters March 3, 2023, counts Jordan as both director and star. THR went on to outline the history of the character and touched on the subject of Stallone’s ownership of the character, or lack thereof.

The character of Rocky Balboa originated with Stallone’s Rocky script in 1976, and his deal stipulated that he would play the title role. Stallone told Variety in 2019 that he had “zero ownership of Rocky” and that he was “furious” about this.

“Our commitment to him was that he could star in it,” Winkler recalled to The Hollywood Reporter in 1983 about making the first Rocky with [Robert] Chartoff. “We convinced United Artists to give us the money to make it. They would only give us a limited amount of money, and they said that we had to put up our houses as collateral. We really mortgaged ourselves to make sure that we brought it in on time, and we did.”

Representatives for Irwin Winkler and Stallone have not responded to requests for comment.