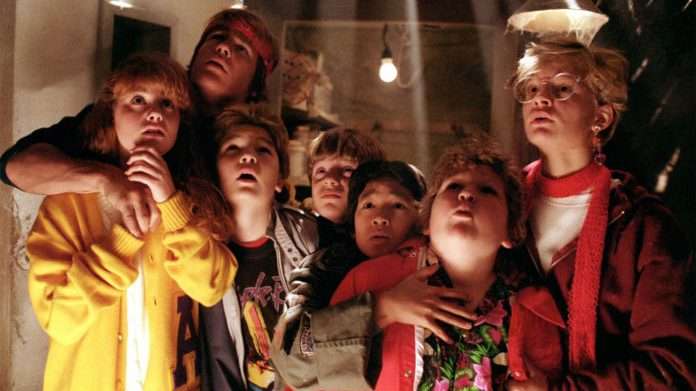 The Goonies never say die. The beloved flick will soon live with a fun twist, all thanks to a new partnership between Disney+, The Donner Company, and Amblin. The upcoming series isn’t a sequel to The Goonies, but rather it will follow a group of aspiring filmmakers as they try to remake the Richard Donner classic shot-for-shot.

Producer Gail Berman is helping shepherd the project and spoke about it in an interview, suggesting the idea was born out of a pitch involving a similar premise but with Lucasfilm’s Raiders of the Lost Ark.

“This is a partnership between me, Amblin, and Lauren Shuler Donner. When I was at Paramount, there were these young boys doing this movie about Raiders of the Lost Ark, a shot-by-shot remake. It got some press at the time, and the studio was very upset about it,” Berman said. “I thought it was an amazing idea, and it always stood in my head of — how can you take an idea like that and turn it into a TV series?”

Once Warner Brothers signed off on the crew using the rights to the film, Berman and her crew were off to the races.

“We needed a terrific writer and great partners, so we brought the idea to Amblin and those guys loved it,” the producer added. “Sarah Watson is our creator. The series is a story of a town and a family in the lens of Friday Night Lights, and within that they tell a story of a shot-by-shot remake of The Goonies. We had to go to Warner Bros., to Toby Emmerich, and ask if we could have rights. They said yes, obviously, because of Mr. Spielberg and the Donners. We’re now doing this for Disney+.”

The project is currently titled Our Time and is being written by Sarah Watson.