We nearly missed this news, though it’s not terribly surprising. Hulu has announced that it’s cancelling M.O.D.O.K. after one season. The adult animated series from Jordan Blum and Patton Oswalt was one of four animated series planned for the streaming service along with Hit Monkey, Howard the Duck, and Tigra & Dazzler.

The latter two got cancelled before they got too far in while Hit Monkey has recently been released. This was one of the last projects from Marvel Television, which was run by Jeph Loeb until 2020 when the division got shut down and oversight of TV projects moved under Marvel Studios. As many expected, it was awful. There was nothing original about it and it basically ripped off Adult Swim’s Robot Chicken. 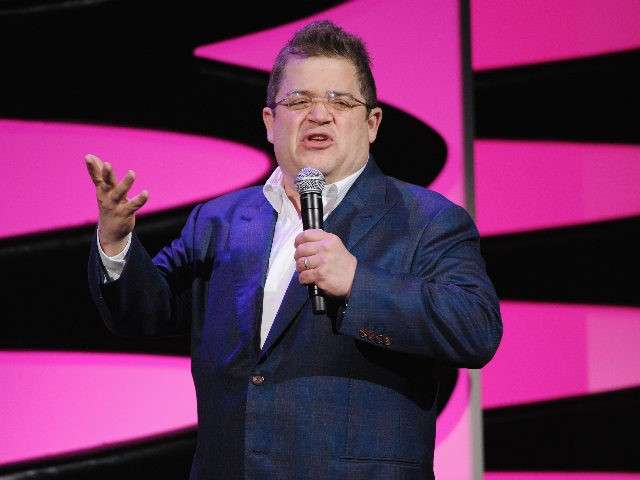 As Warner Todd Houston reports, Oswalt’s comicbook nerd cred wasn’t enough to help elevate the series, which was poorly conceived from the start. And his angry partisanship may have actually hurt reception of the show:

[…] even with Marvel name recognition and Oswalt’s insider cred in the comic book industry (he has written for top brands such as DC Comics since the early 2000s). And even more, the comedian’s consistent left-wing virtue signaling failed to translate into robust viewership.

In the past few years, California-based Oswalt lent his fame to the Georgia runoff campaigns of now-Senators Jon Ossoff and Raphael Warnock. He helped Democrats hype up a federal election takeover bill. He mocked the tearful testimony of Kyle Rittenhouse after the teenager was acquitted of murder charges. He required a vaccine passport in order for fans to attend his standup performances.

And early this year, he ended up pleasing absolutely no one with a series of posts about fellow comedian Dave Chappelle, mawkishly apologizing for celebrating their friendship after Chappelle’s jokes about transgenderism ignited a cancel mob.

Hulu was also the home for other Marvel Television series like Helstrom, Cloak & Dagger, and Runaways. The fate of Hit Monkey remains to be seen, but it has been the best performing Marvel show on the streamer thus far.

Seth MacFarlane Publishing a Bonus 'The Orville' this Month
One of the Last of His Kind: A Look Back at Comics Artist Tim Sale
Need a Laugh? Check Out the Super Woke Trailer for ‘The Princess’
Can ‘The Old Man’ Avoid Being Another Formulaic Ex-Spy Story?
Watch: Hulu's 'Prey' Trailer Teases Return of the Predator
Watch: Season 3 of The Orville: New Horizons Trailer on Hulu
HBO Max Overtakes Disney+ & Hulu in the Streaming Wars