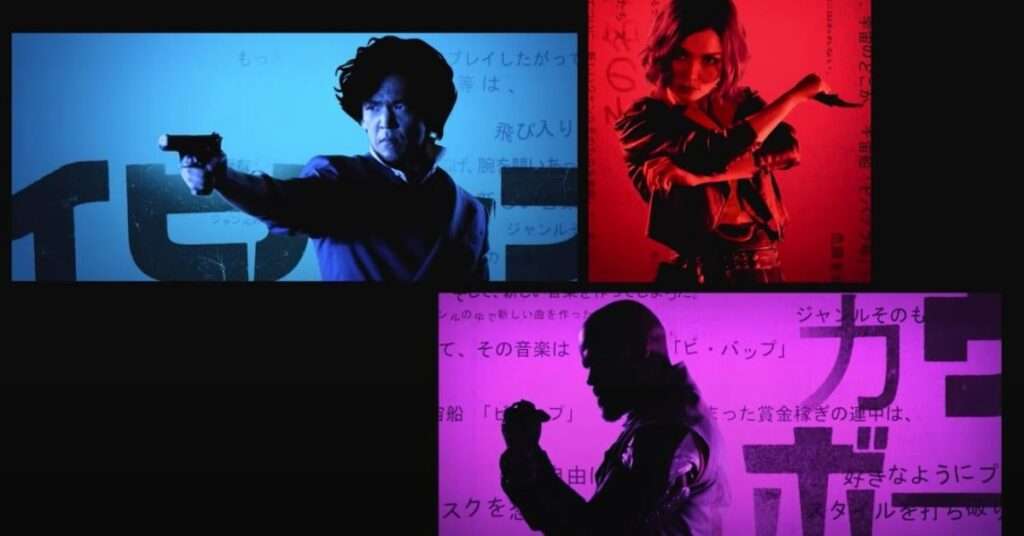 The Cowboy Bebop live-action series, which was first announced in 2018, is an adaptation of the original anime and will premiere on Netflix in November.  John Cho plays Spike Spiegel, Daniella Pineda plays Faye Valentine, and Mustafa Shakir plays Jet Black in the adaption.  There’ve been mixed feelings about the upcoming live-action version of the legendary anime series, but the the streaming giant just dropped the opening sequence which is an emotionless adaptation of the classic anime opener, including the “Tank!” theme tune. The live-action intro was revealed at Netflix’s TUDUM fan event, which is the word they are using to label the noise viewers hear when they start Netflix.

And here is the classic original:

Obviously this opener relies heavily on the original theme music and does NOTHING original. Speaking of music, Yoko Kanno is substantially involved with the program as its principal composer. She’s even planning to write new music for the live-action adaption. But nonetheless, fans of the original series remain skeptical about how the live-action show will turn out.  The costumes and sets unveiled by Netflix in recent months have also appeared to be solid, generally conforming to what was seen in the original 1998 anime created by Shinichiro Watanabe.

Although it didn’t help when Daniella Pineda, plays Faye Valentine, trashed fans who weren’t impressed with the more modest take on her character.

While many of our readers have been understandably concerned about the upcoming series, fans on social media let their own feelings be known about the new series’ opener.

I’m not being mean, like credit to them trying recreate a awesome intro but it just feels like there is no life into it.

no it’s a real show

I’m going on record and say this looks like 🗑

Netflix has a pretty poor track record with live-action adaptations. And the overall history of American remakes of anime films and shows is filled with failures from the live-action Ghost in the Shell or the live-action Dragonball film. What are your thoughts?

Our friends at Clownfish TV have even more to say about this. They seemed to be okay with it, but noticed that the responses generally weren’t good.