Onward To Adventure & Glory! Our Review of Pixar’s ‘Onward’

The trailers you pretty much let viewers know what Onward is about. If you haven’t seen it, check this out. I’m just going to jump right into the review below.

My party and I just returned from a wonderfully whimsical adventure. Twas full of magical creatures of all sorts, but sadly these creatures had abandoned their magical ways for something called technology.

Yeah, I can’t keep that flowery dialogue up for the whole review.

In short, Onward was an amazing film. After the first watch I can easily say that it’s in my top five Pixar/ Disney Pixar Films. It was hilarious, really well-written, and had a tremendous amount of heart. 44I put Onward right up there with Zootopia and the Incredibles. I think it has a lot to offer, and that just about everyone will find something that they like about Onward, if not multiple things. Let’s get into the things I liked starting with the visuals, since that is the first thing that draws you in, at least in my opinion. Onward is absolutely gorgeous. The lighting is spectacular, the environments and set pieces are vast with almost Miyazaki levels of detail. It feels like everything in the film can be interacted with, and in some cases, the characters do interact with a lot of the set pieces in some very hilarious ways. Some of the environments are also used very creatively. 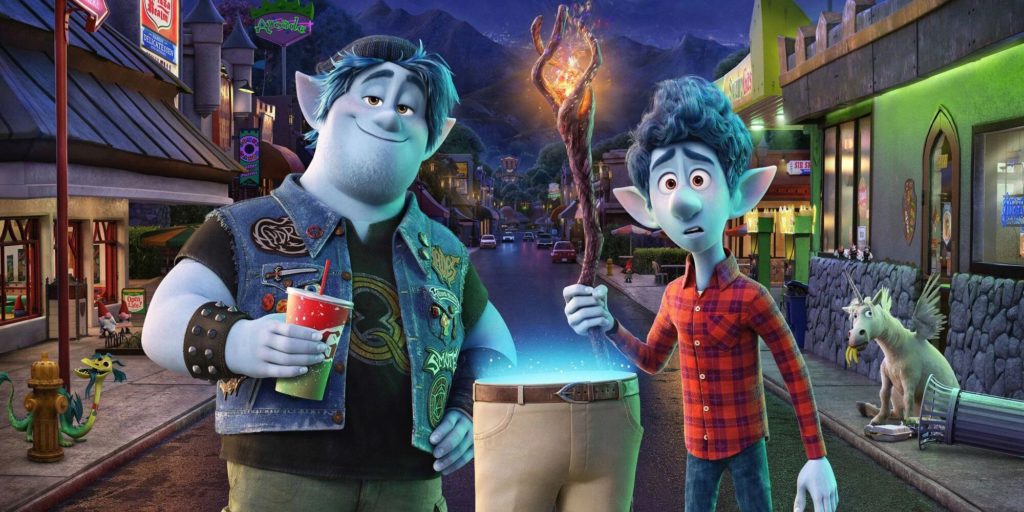 The character design is amazing. Especially with the leads. Throughout the entire film I felt like I was looking at Chris Pratt and Thom Holland, only it never got uncanny valley levels of creepy. Like, if you were to take the essence of these two people, and made cartoon trolls out of that essence, this is what you would get. The film score and 80’s metal inspired soundtrack just fit the themes and visuals of the film perfectly. If you are a DND loving Metal Head, Onward is for you.

So many elements of Onward complement each other so fantastically well, nothing feels like it was an afterthought or random. Like in the casting and the characters. I feel like the cast came first, and then the characters were modeled to reflect them. Onward has an all-star cast. Everyone gives a tremendous performance. Onward is also filled with a lot of visual and auditory Easter Eggs. Some of the voice actors are instantly recognizable. Some of the visual inspiration for some of the character designs will also be instantly recognizable. Yes, Colt Bronko looks exactly like Jay Chandrasekhar who played Thorny in Supertroopers. And yes, the one random character in the beginning of the movie is voiced by Wilmer Valderrama. If y’all didn’t know, I’m a huge fan of Lena Waithe. I think she’s awesome. She plays Officer Spector, who I will talk more about later in my review. 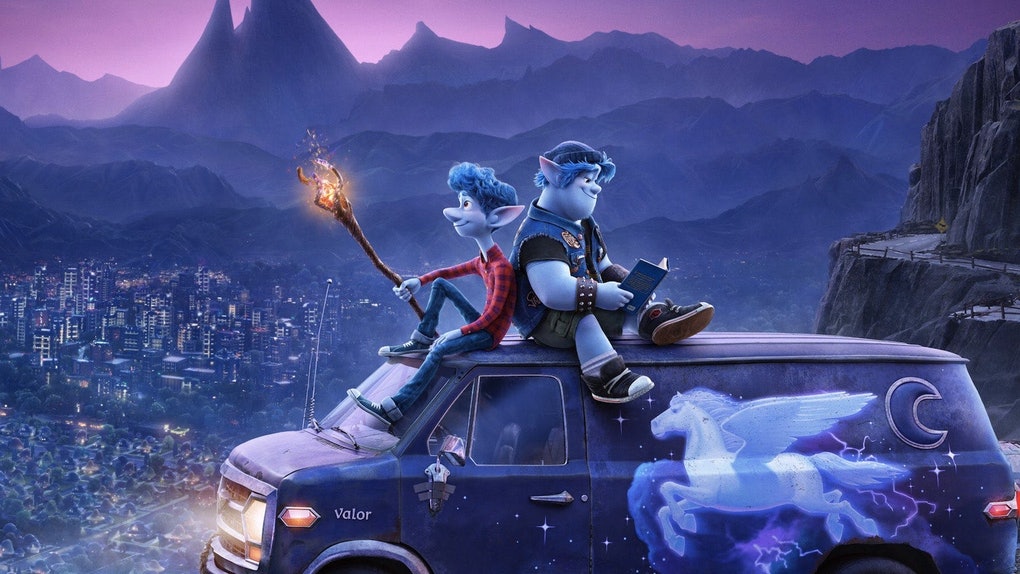 If you love Family Films like Home Alone or Die Hard, along with fantasy films like Dragon Slayer or Legend you will absolutely love Onward, because that is the kind of film it feels like. Also, the fact that it comes out just around Father’s Day, yeah, not an accident. I sat next to a dad who came with his two kids and wife, and he was balling, I mean literally laughing out loud, and clapping, just really into the film. As was everyone else in the auditorium. It really is a movie for everyone. It’s fun, wholesome, family friendly, and super diverse, which is something else I will go into later on. 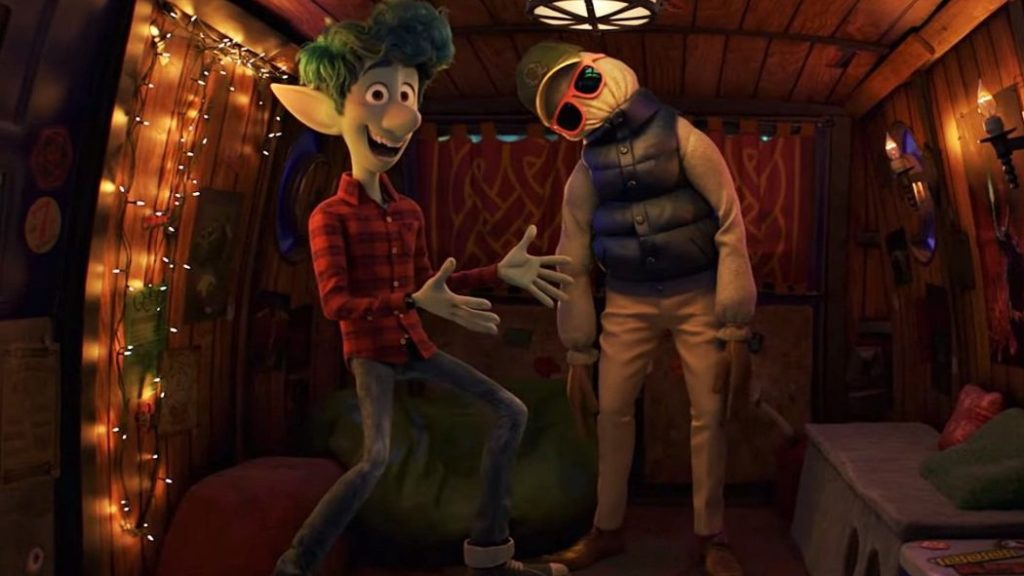 As I said before, the writing is excellent. There are no plot holes or loose threads. Everything that was set up in the beginning of the film comes to fruition by the end, which is both a good thing and a bad. Good, because it shows how carefully everything was thought out. Bad because it feels like it’s really self-contained, with only minimal opportunities for sequels. The world that it sets up is so beautiful, so different, I would really love to explore it further. A series would be great, a sequel, equally so. Onward deserves to be another multi-million, if not billion-dollar property, for Disney. Whether that will be the case is really hard to say.

This is where I will get into the real depth and Nontraversy of Onward.

It’s contemporary family film which explores how the makeup of the modern family is as unique as it is valid. It does this without shitting on traditional family structures or values. Which is something that I feel is commendable and done particularly well in this case. Sadly, it’s already been the center of some very unnecessary nontroversy. There are two groups of people who, without even watching Onward, have already decided they don’t like it. They will take roughly three minutes of the total runtime, out of context, and make the entire film seem like it’s about this one thing. Some are calling what Onward is trying to do, pandering and saying that it’s pushing an agenda, which I feel is not the case. Others say that it portrays them in an unflattering manner, that it reflects how society still thinks of them as monsters. Onward is a film where everyone one is either a monster or fairy tale creature. These people are the ones pushing an agenda, not Disney, at least in this case. These people will also put out click bait videos on youtube in an effort to profit off of your feelings. 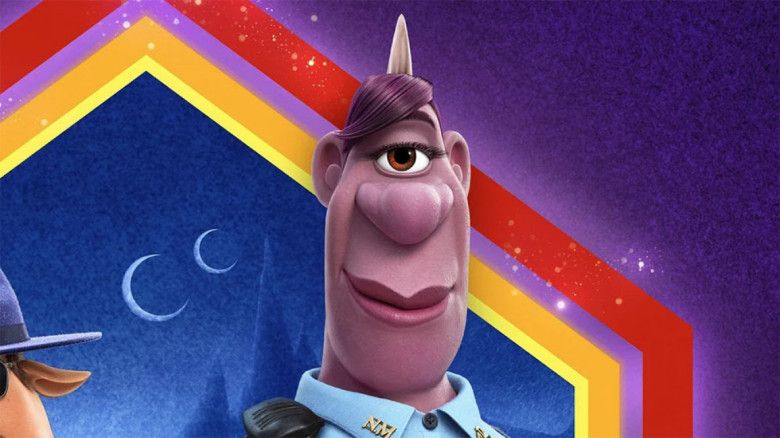 I’m so fucking sick of people politicizing everything. It’s like they are completely incapable of not only having a good time, but letting other people enjoy something. Onward is a beautiful, hilarious, family friendly, and completely inoffensive film. Yet, all people can talk about is Officer Spector. A black, female, lesbian, police officer, cyclops voiced by Lena Waithe, who just happens to also be black and gay.

She also happens to be awesome.

She was great in Ready Player One, and The Chi is one of the best shows of our time. If she were to do a comic book, or get into comics, I think my head would actually explode. Her and her character in Onward are good. She’s a good cop. I know that the Lesbian Cop is a trope, but tropes are tropes for a reason.

Let me try and get back on track and close this review out. Onward has a lot of great oneliners as well as some truly fantastic and memorable moments. If you are the kind of person that likes to pick out a favorite part or scene, you will have your fill to choose from. Onward also has a way of tugging at one’s heart strings, it sure did mine. There are scenes that make me really appreciate that I still have both of my parents, and other scenes that made me want to call my older brother and tell him that I love him. That was my big take away from Onward. 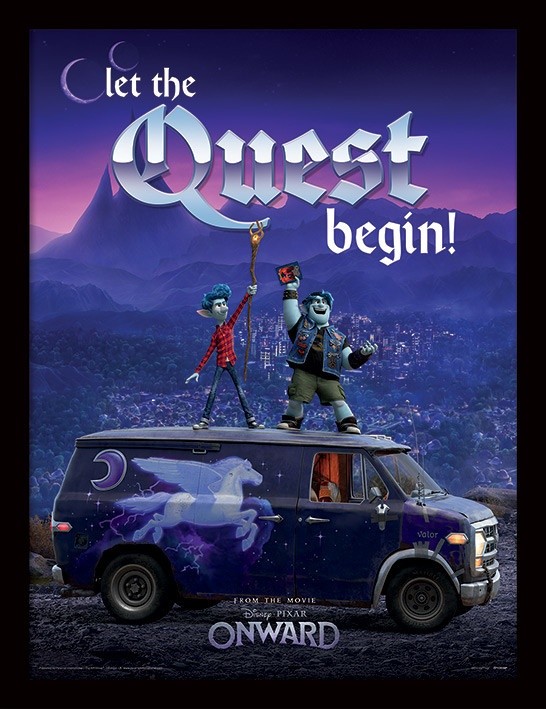 I don’t really have anything negative to say about Onward. If you play DND or have watched any fantasy quest film from the 80s, and are pretty familiar with the standard fantasy quest format and formula, you may be able to predict certain things. But that in no way detracts from the overall enjoyment of the film. If anything, it may add to it. They don’t just use a lot of story elements from DND, but a few other things from the game make an appearance in the movie as well. So, a keen eye out for certain auditory and visual ques. If you pay close attention you will also recognize some of the lore in the story. There are also some scenes that are paying homage to a certain 80s classic, action adventure franchise, but if I mention any of the scenes, or the movies, I feel I may spoil parts of the film. In closing I as usual I want to say, watch the movie and judge for yourself if you like it or not, and as per usual, say it with me now,

Almost forgot. A lot of the physical comedy in Onward totally reminds me of Weekend at Bernie’s One and Two. No hiding how old I am with that reference.