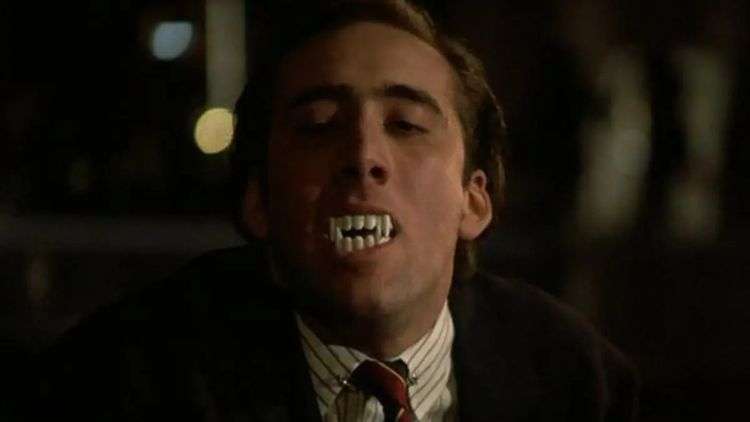 On the clapper image above, the movie’s title written in a bold yellow and red font that was often used on horror feature films of the 1930s and 1940s and is therefore reminiscent of the type of title used in some marketing material for the 1931 version of Dracula, which starred Bela Lugosi. While there is currently no release date set for Renfield, it looks like the film will be ready for a release towards the end of 2022 or early in 2023.

Renfield has been in every accurate Dracula adaptations on screen so far, but this will be the first time he is the center of attention, with the vampire taking a back seat. Renfield was originally featured in Bram Stoker’s novel as a patient in an asylum who is obsessed with eating whatever living creature he can get his hands on, including insects, spiders, and birds that he manages to bring into his cell. He is implied to be under the spell of Dracula throughout the novel, although he is killed by the Count after attempting to save Mina Harker from the vampire’s clutches. Almost every rendition portrays him as the same insane and miserable creature created by Stoker.

While Universal Pictures holds the rights to their iconic versions of cinematic monsters and the characters connected with them, they appear to have struggled to find a way to use them in a way that audiences and reviewers enjoy. Following announcing a Dark Universe and seeing it fail after the Tom Cruise-led The Mummy, the studio appears to have reconsidered their options and is now developing separate films, all with a modern twist, such as 2020’s The Invisible Man. Another film starring Ryan Gosling as the Wolfman is in the works, and Renfield appears to be following in its footsteps.

Renfield’s cast is still being finalized, but it will include the voice of Sonic The Hedgehog, Ben Schwartz, and Shang-Chi’s Awkwafina, as well as Adrian Martinez, Shohreh Aghdashloo, and Bess Rous, in addition to Cage’s Dracula and Hoult’s Renfield. The plot follows Renfield in a modern world, where he is weary of being a Dracula lackey and is looking for a new life after falling in love with a traffic officer, and will, as Kirkman has suggested, take the shape of an “extremely violent comedy“.